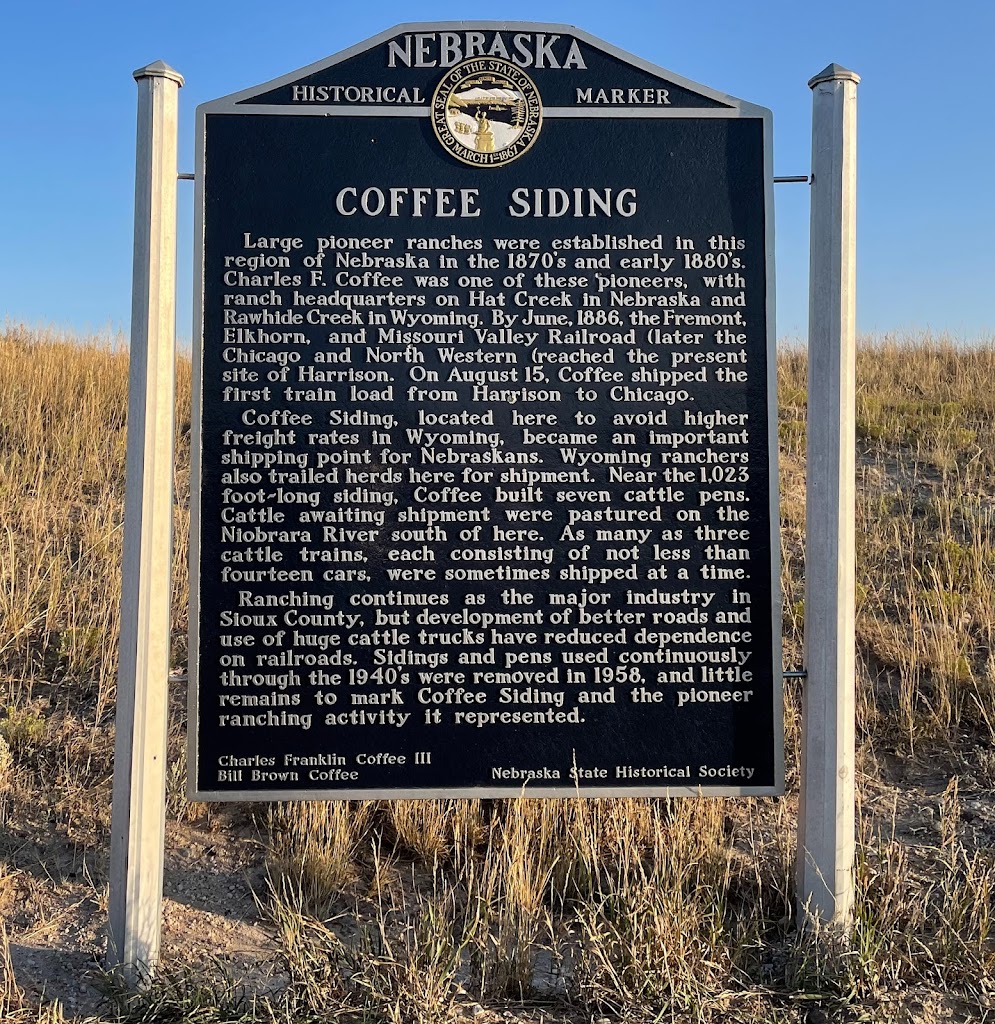 Note that the marker appears to have been sponsored by descendants of the rancher, Charles Franklin Coffee, who built the railroad siding commemorated here. As usual when you start looking for details of the people and places markers mention, there's a whole lot more to the Coffee story than the marker's text can even hint at. Here's one writeup on the family's history in northwestern Nebraska.

Large pioneer ranches were established in this region of Nebraska in the 1870s and early 1880s. Charles F. Coffee was one of these pioneers, with ranch headquarters on Hat Creek in Nebraska and Rawhide Creek in Wyoming. By June, 1886, the Fremont, Elkhorn and Missouri Valley Railroad (later the Chicago and North Western) reached the present site of Harrison. On August 15, Coffee shipped the first trainload from Harrison to Chicago.

Coffee Siding, located here to avoid higher freight rates in Wyoming, became an important shipping point for Nebraskans. Wyoming ranchers also trailed herds here for shipment. Near the 1,023-foot-long siding, Coffee built seven cattle pens. Cattle awaiting shipment were pastured on the Niobrara River south of here. As many as three cattle trains, each consisting of not less than fourteen cars, were sometimes shipped at a time.

Ranching continues as the major industry in Sioux County, but development of better roads and use of huge cattle trucks have reduced dependence on railroads. Sidings and pens used continuously through the 1940s were removed in 1958, and little remains to mark the Coffee Siding and the pioneer ranching activity it represented.