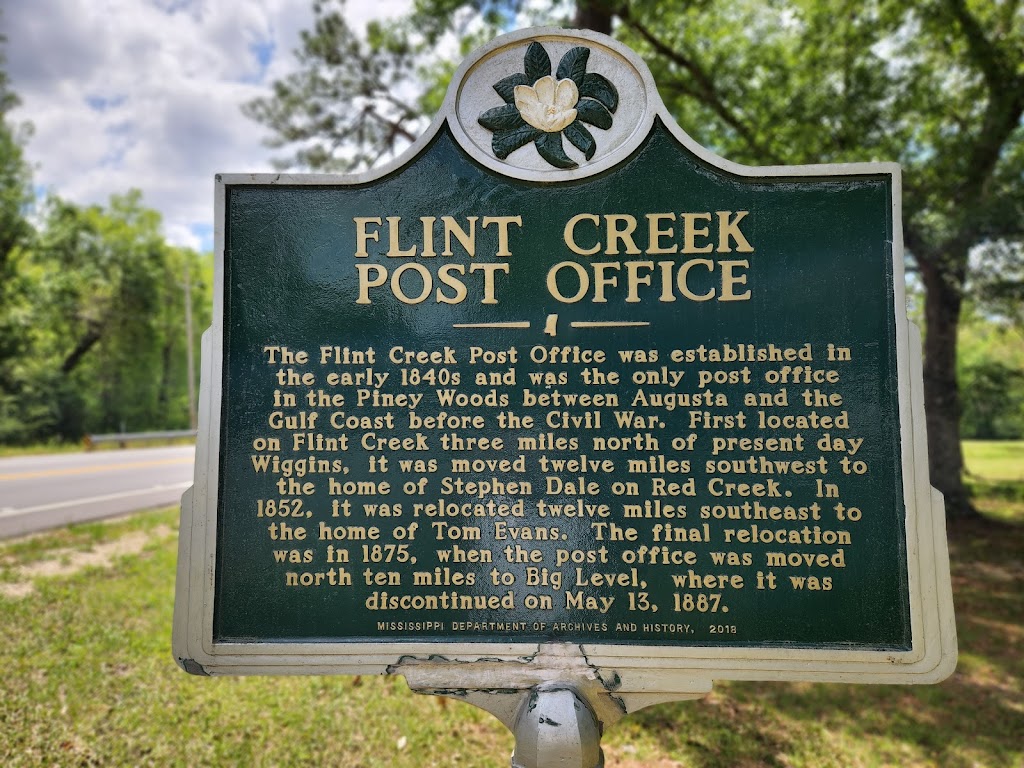 The Flint Creek Post Office was established in the early 1840s and was the only post office in the Piney Woods between Augusta and the Gulf Coast before the Civil War. First located on Flint Creek three miles north of present day Wiggins, it was moved twelve miles southwest to the home of Stephen Dale on Red Creek. In 1852, it was relocated twelve miles southeast to the home of Tom Evans. The final relocation was in 1875, when the post office was moved north ten miles to Big Level, where it was discontinued on May 13, 1887.