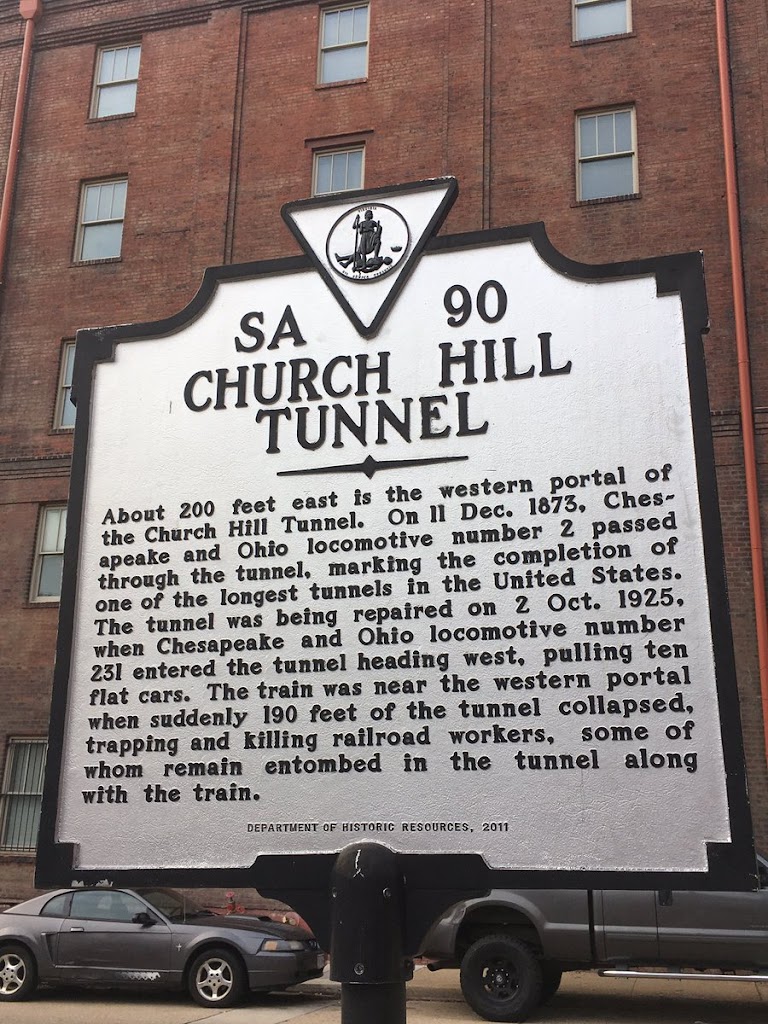 About 200 feet east is the western portal of
the Church Hill Tunnel. On 11 Dec. 1873, Ches-
apeake and Ohio locomotive number 2 passed
through the tunnel, marking the completion of
one of the longest tunnels in the United States.
The tunnel was being repaired on 2 Oct. 1925,
when Chesapeake and Ohio locomotive number
231 entered the tunnel heading west, pulling ten
flat cars. The train was near the western portal
when suddenly 190 feet of the tunnel collapsed,
trapping and killing railroad workers, some of
whom remain entombed in the tunnel along
with the train. 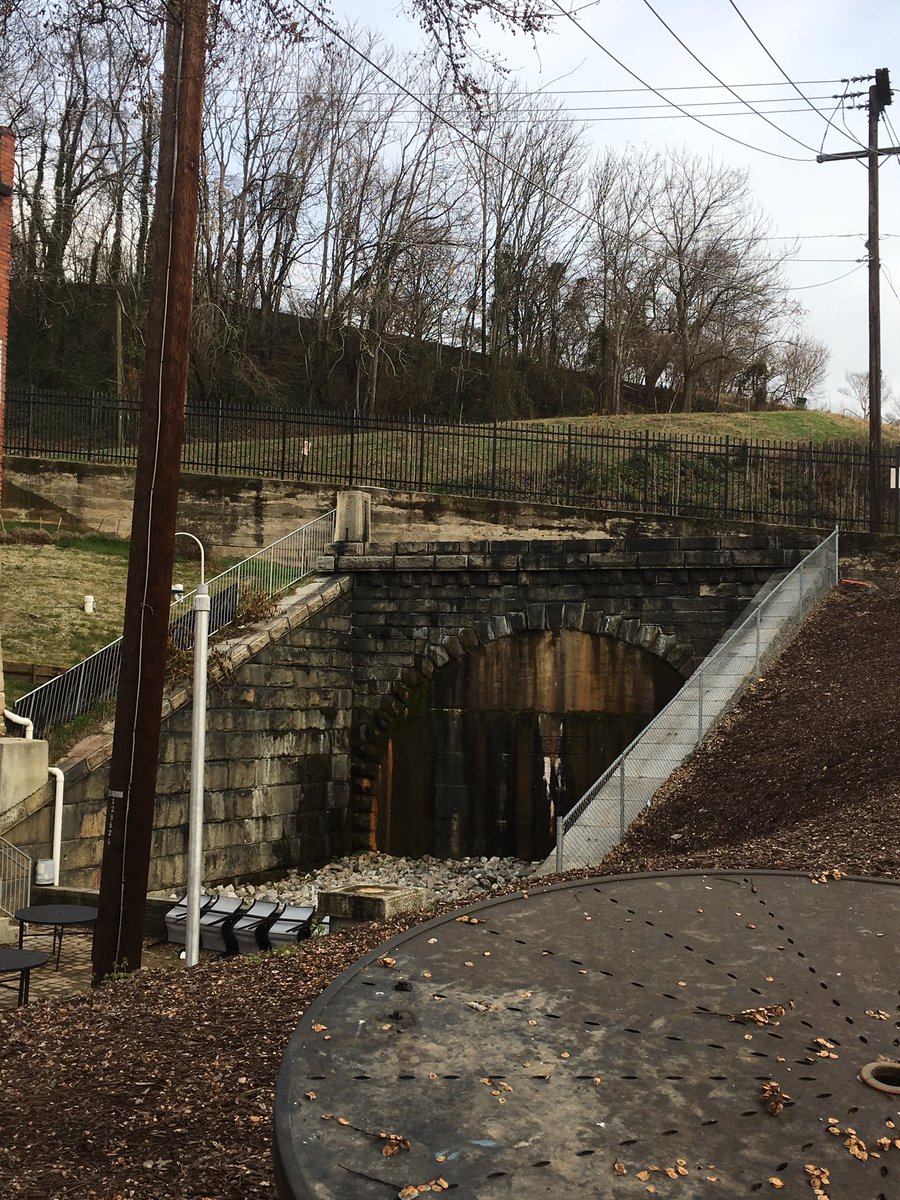