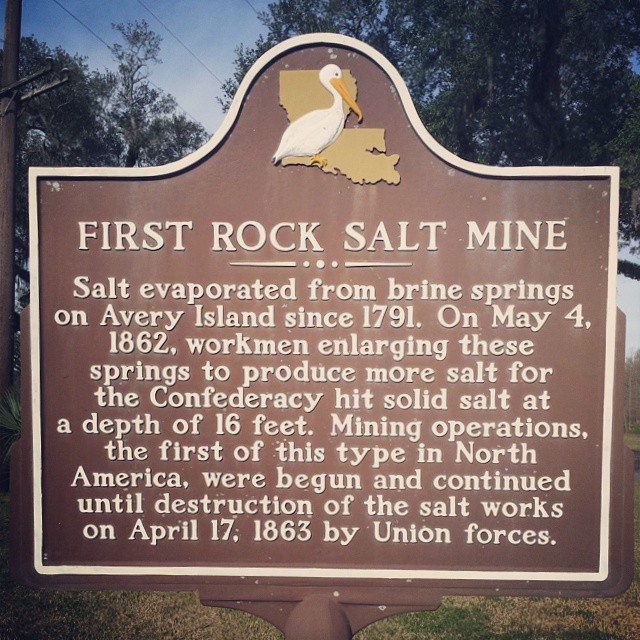 Salt evaporated from brine springs
on Avery Island since 1791. On May 4,
1862, workmen enlarging these
springs to produce more salt for
the Confederacy hit solid salt at a
depth of 16 feet. Mining operations,
the first of this type in North
America, were begun and continued
until destruction of the salt works
on April 17, 1863 by Union forces.