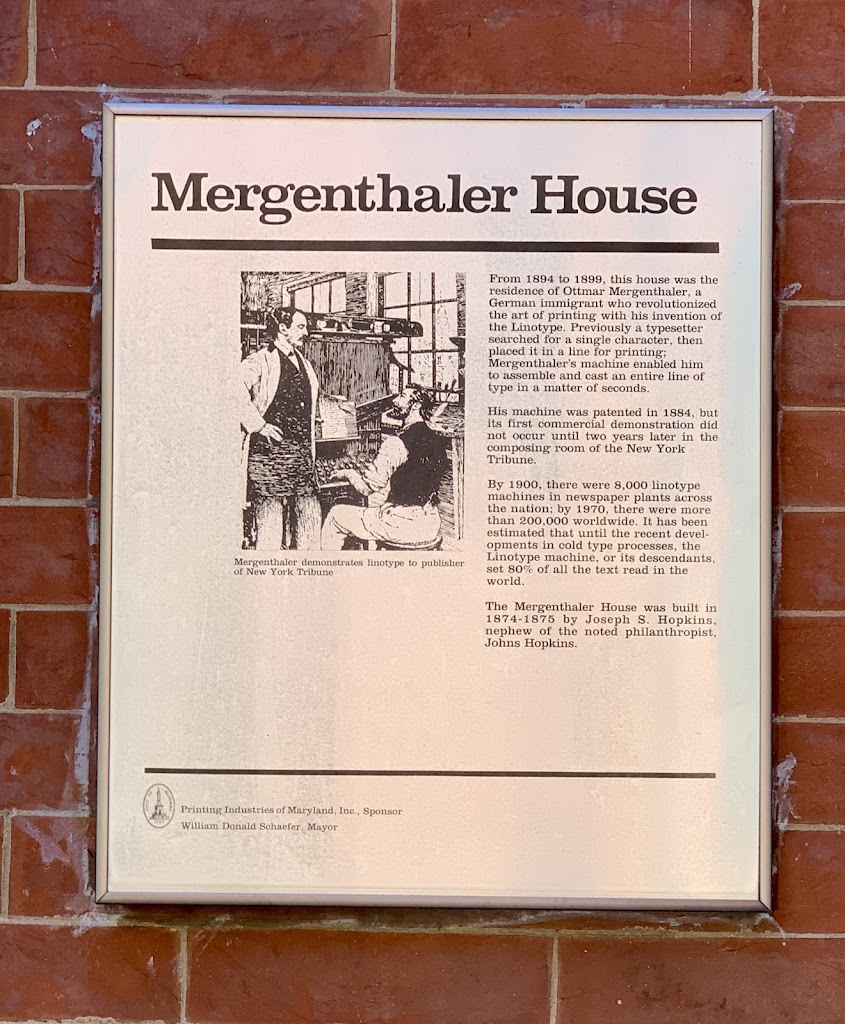 From 1894 to 1899, the house was the residence of Ottmar Mergenthaler, the German immigrant who revolutionized the art of printing with his invention of the Linotype. Perviously a typesetter searched for a single character, then place it in a line for printing; Mergenthaler’s machine enabled him to assemble and cast an entire line of type in a matter of seconds.

His machine was patented in 1884, but its first commercial demonstration did not occur until two years later in the composing room of the New York Tribune.

By 1900, there were 8,000 Linotype machines in newspaper plants across the nation; by 1970, there were more than 200,000 worldwide. It has been estimated that until the recent developments in cold type processes, the Linotype machine, or its descendants, set 80% of all the text read in the world.

The Mergenthaler House was built in 1874-1875 by Joseph S. Hopkins, nephew of the noted philanthropist Johns Hopkins.