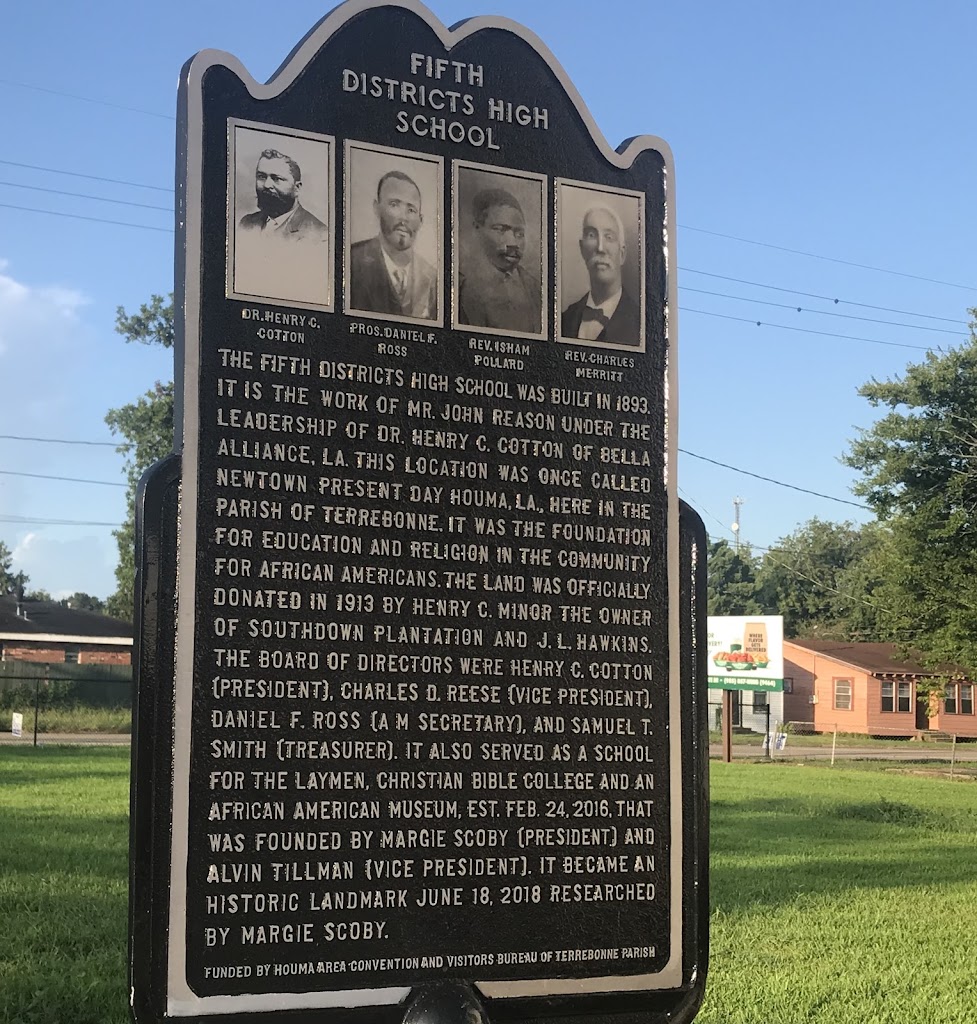 The Fifth Districts High School was built in 1893. It is the work of Mr. John Reason under the leadership of Dr. Henry C. Cotton of Bella Alliance, LA. This location was once called Newtown present day Houma, LA. here in the Parish of Terrebonne. It was the foundation for education and religion in the community for African Americans. The land was officially donated in 1913 by Henry C. Minor the owner of Southdown Plantation and J. L. Hawkins. The Board of Directors were Henry C. Cotton (President) , Charles D. Reese (Vice President), Daniel F. Ross (AM Secretary), and Samuel T. Smith (Treasurer). It also served as a school for the laymen, christian bible college and an African American Museum, Est. Feb. 24, 2016, that was founded by Margie Scoby (President), amd Alvin Tillman (Vice President)  It became an Historic Landmark June 18, 2018 researched by Margie Scoby.