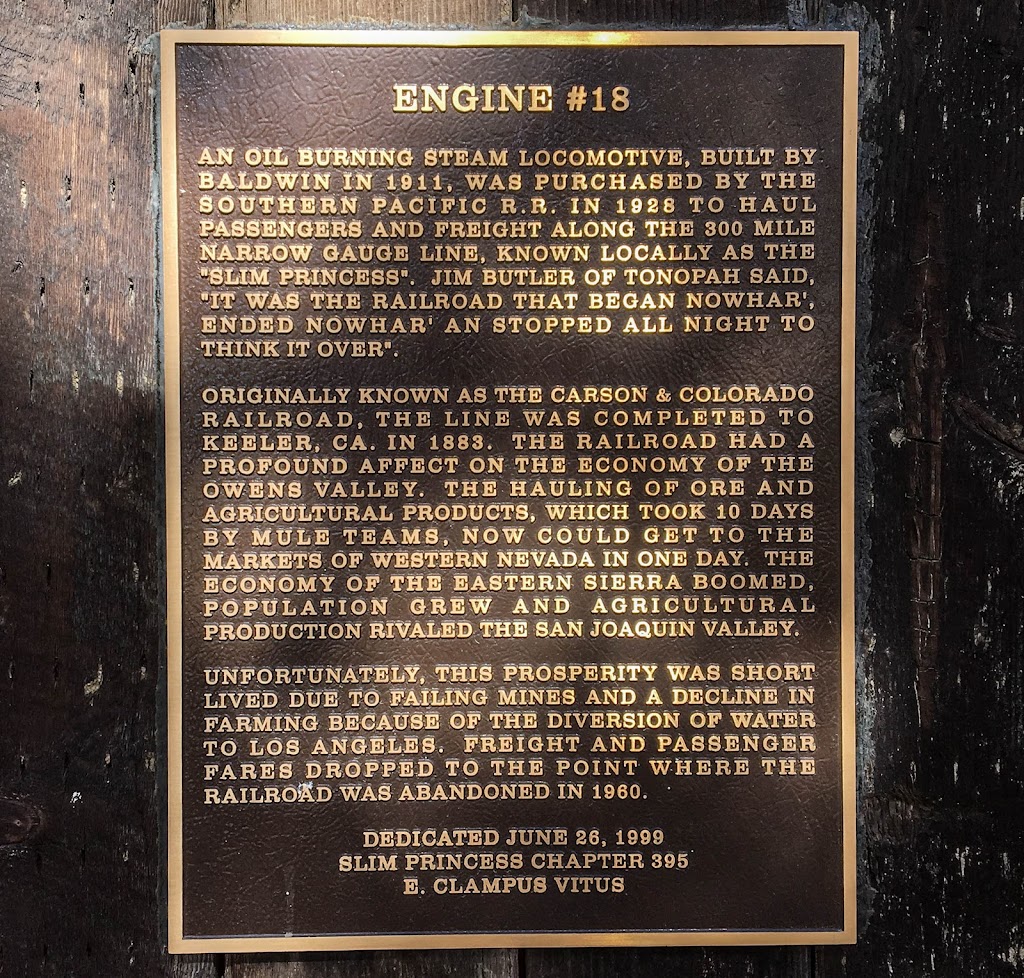 An oil burning steam locomotive, built by Baldwin in 1911, was purchased by the Southern Pacific R.R. in 1928 to haul passengers and freight along the 300 mile narrow gauge line, known locally as the 'Slim Princess.' Jim Butler of Tonopah said, 'It was the railroad that began nowhar, ended nowhar and stopped all night to think it over.'</p>

Originally known as the <a href="https://carsoncolorado.com/">Carson & Colorado Railroad</a> the line was completed to Keeler, California, in 1883. The railroad had a profound effect on the economy of the Owens Valley. The hauling of ore and agricultural products, which took 10 days by mule teams, could now get to the markets of western Nevada in one day. The economy of the Eastern Sierra boomed, population grew and agricultural production rivaled the San Joaquin Valley.  Unfortunately, this prosperity was short lived due to failing mines and a decline in farming because of the diversion of water to Los Angeles. Freight and passenger fares dropped to the point where the railroad was abandoned in 1960.

Addendum: Here's a good site on the narrow gauge railroad mentioned here, complete with pictures of Engine No. 18 when the line was still in operation: <a href="https://carsoncolorado.com/southern-pacific-18-january-and-february-2020/">Carson & Colorado Railroad.</a>