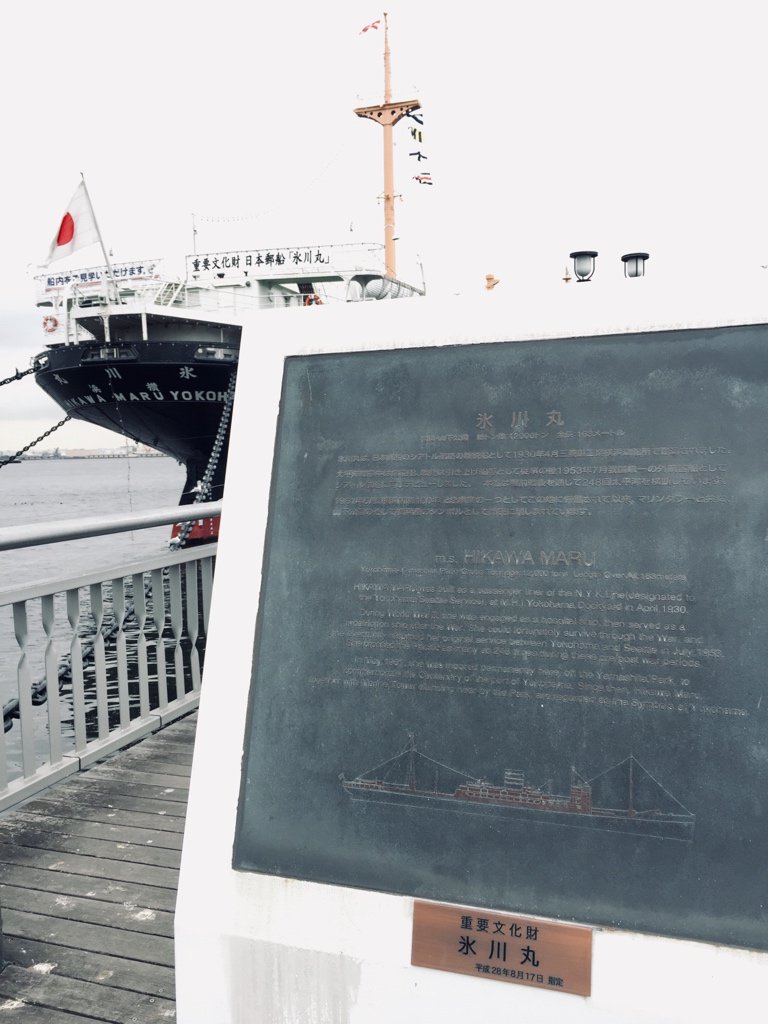 M. S. Hikawa Maru
Yokohama-Yamashita Park
Gross Tonnage: 12,000 tons
Length overall: 163 meters.
Hikawa Maru was built as a passenger liner of the N. Y. K. Line (designated to Yokohama/Seattle Service), at M. H. I. Yokohama Dockyard in April 1930. During World War II, she was engaged as a hospital ship, then served as a repatriation ship after the war. She could fortunately survive through the war, and she eventually resumed her original service between Yokohama and Seattle in July, 1953. She crossed the Pacific as many as 248 times during these pre/post war periods. In May 1961, she was moored permanently here, off the Yamashita Park, to commemorate the centenary of the port of Yokohama. Since then, Hikawa Maru together with Marine Tower standing near by the Park are regarded as the symbols of Yokohama.