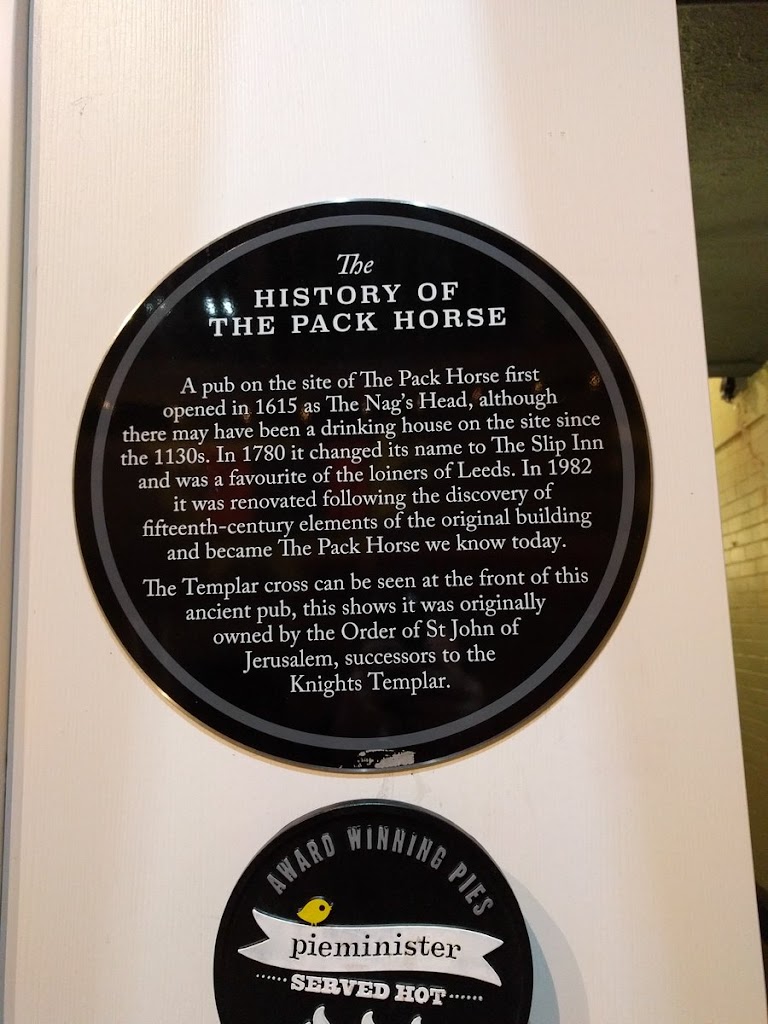 The
HISTORY OF
THE PACK HORSE

A pub on the site of The Pack Horse first
opened in 1615 as The Nag's Head, although
there may have been a drinking house on the site since
the 1130s. In 1780 it changed its name to The Slip Inn
and was a favourite of the loiners of Leeds. In 1982
it was renovated following the discovery of
fifteenth-century elements of the original building
and became The Pack Horse we know today.

The Templar cross can be seen at the front of this
ancient pub, this shows it was originally owned by the Order of St John of
Jerusalem, successors to the
Knights Templar.