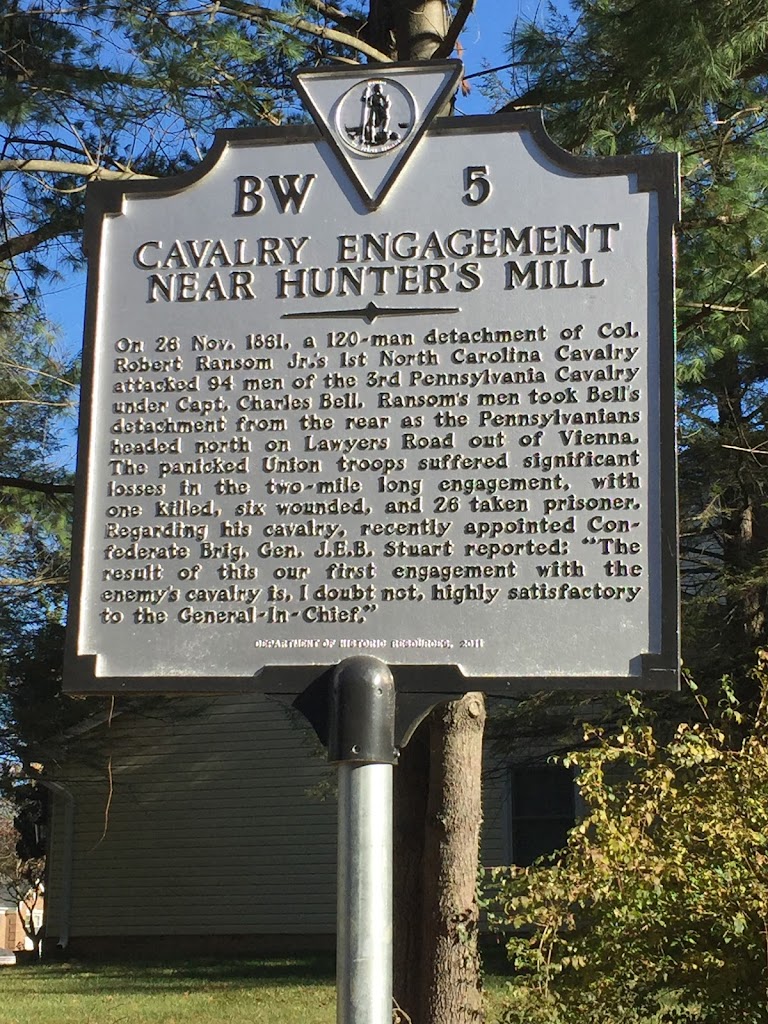 Anywhere you travel around our area of Virginia is likely to have had Union and Confederate troops passing through during the American Civil War.  This sign commemorates a cavalry skirmish which occurred early in the War.

On 26 Nov. 1861, a 120-man detachment of Col.
Robert Ransom Jr.'s 1st North Carolina Cavalry
attacked 94 men of the 3rd Pennsylvania Cavalry
under Capt. Charles Bell. Ransom's men took Bell's
detachment from the rear as the Pennsylvanians
headed north on Lawyers Road out of Vienna.
The panicked Union troops suffered significant
losses in the two-mile long engagement, with
one killed, six wounded, and 26 taken prisoner.
Regarding his cavalry, recently appointed Con-
federate Brig. Gen. J.E.B. Stuart reported: "The
result of this our first engagement with the
enemy's cavalry is, I doubt not, highly satisfactory
to the General-In-Chief.