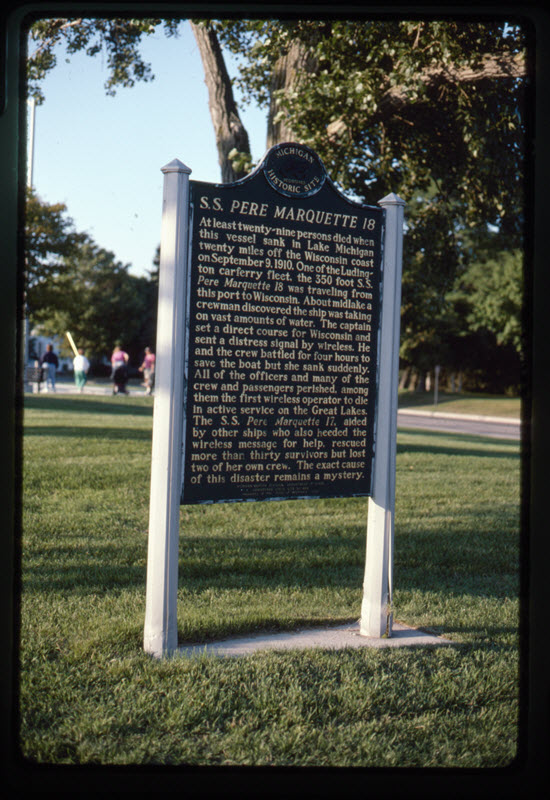 At least twenty-nine persons died when this vessel sank in Lake Michigan twenty miles off the Wisconsin coast on September 9, 1910. One of the Ludington carferry fleet, the 350-foot S. S. Pere Marquette 18 was traveling from this port to Wisconsin. About midlake a crewman discovered the ship was taking on vast amounts of water. The captain set a direct course for Wisconsin and sent a distress signal by wireless. He and the crew battled for four hours to save the boat but she sank suddenly. All of the officers and many of the crew and passengers perished, among them the first wireless operator to die in active service on the Great Lakes. The S. S. Pere Marquette 17, aided by other ships who also heeded the wireless message for help, rescued more than thirty survivors but lost two of her own crew. The exact cause of this disaster remains a mystery.