Breaks in the Prairie 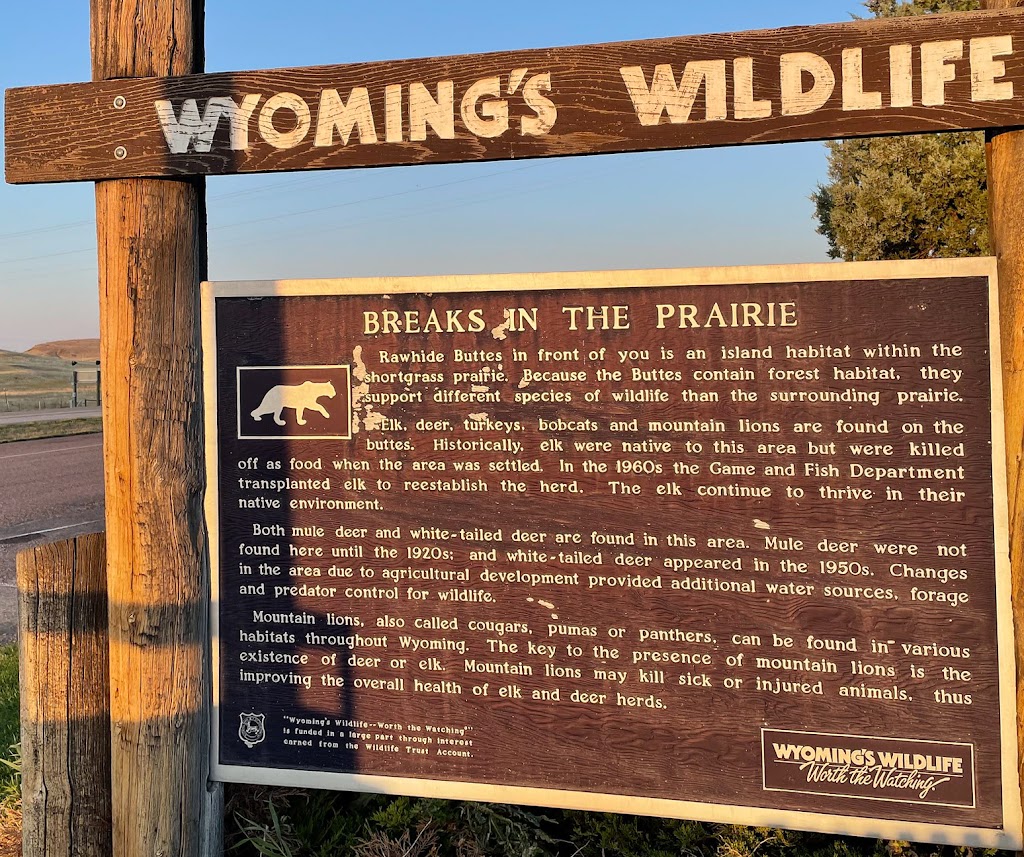 Rawhide Buttes in front of you is an island habitat within the shortgrass prairie. Because the Buttes contain forest habitat, they support different species of wildlife than the surrounding prairie. Elk, deer, turkeys, bobcats and mountain lions are found on the buttes. Historically, elk were native to this area but were killed off as food when the area was settled. In the 1960s the Game and Fish Department transplanted elk to reestablish the herd. The elk continue to thrive in their native environment.

Mountain lions, also called cougars, pumas or panthers, can be found in various habitats throughout Wyoming. The key to the presence of mountain lions is the existence of deer or elk. Mountain lions may kill sick or injured animals, thus improving the overall health of elk and deer herds.