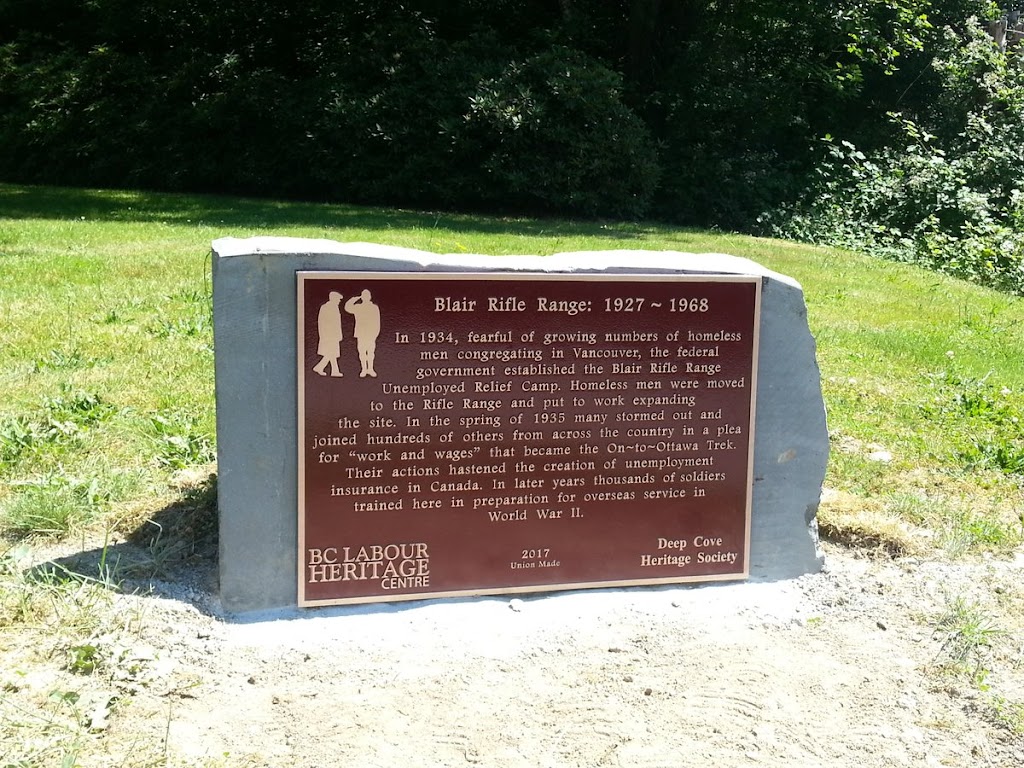 Blair Rifle Range: 1927 - 1968
In 1934, fearful of growing numbers of homeless
men congregating is Vancouver, the federal
government established the Blair Rifle Range
Unemployed Relief Camp. Homeless men were moved
to the Rifle Range and put to work expanding
the site. In the spring of 1935 man stormed out and
joined hundreds of others from across the country in a plea
for "work and wages" that become the On-to-Ottawa Trek.
Their actions hastened the creation of unemployment
insurance in Canada. In later years thousands of soldiers
trained here in preparation for overseas service in
World War II.