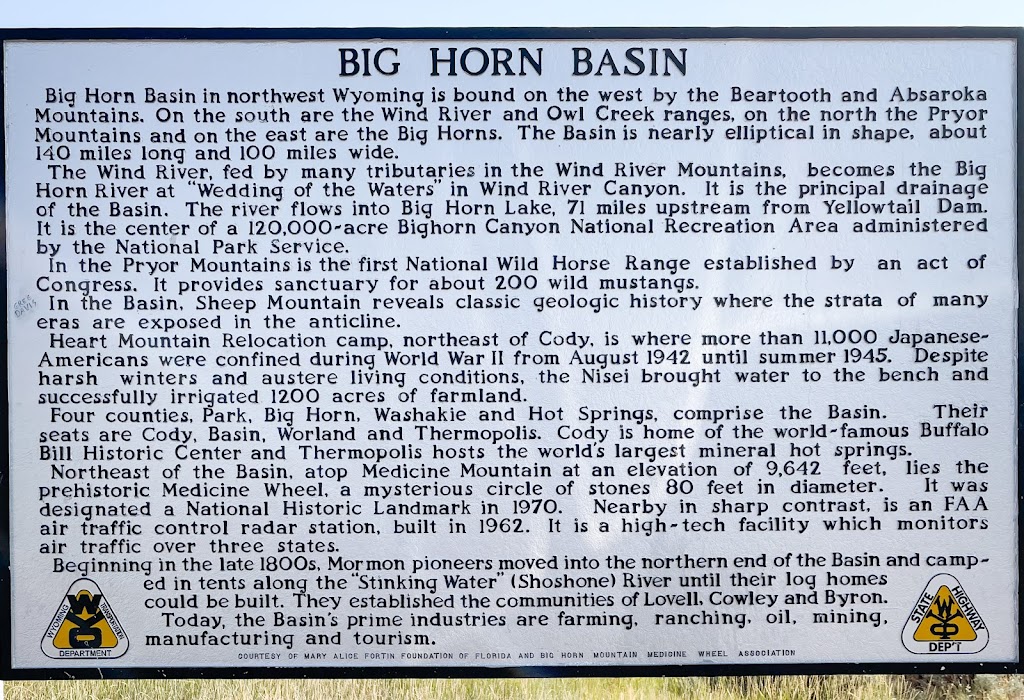 Big Horn Basin in northwest Wyoming is bound on the west by the Beartooth and Absaroka Mountains, on the south are the Wind River and Owl Creek ranges, on the north the Pryor Mountains and on the east are the Big Horns. The Basin is nearly elliptical in shape, about 140 miles long and 100 miles wide.

The Wind River, fed by many tributaries in the Wind River Mountains, becomes the Big Horn River at "Wedding of the Water" in Wind River Canyon. It is the principle drainage of the Basin. The river flows into Big Horn Lake, 71 miles upstream from Yellowtail Dam. It is the center of 120,000-acre Bighorn Canyon National Recreation Area administered by the National Park Service.

The Pryor Mountains is the first National Wild Horse Range established by an act of Congress. It provides sanctuary for about 200 wild mustangs.

In the Basin, Sheep Mountain reveals classic geologic history where the strata of many eras are exposed in the anticline.

Heart Mountain Relocation camp, northeast of Cody, is where more than 11,000 Japanese Americans were confined during World War II from August 1942 until summer 1945. Despite harsh winters and austere living conditions, the Nisei brought water to the bench and successfully irrigated 1200 acres of farmland.

Northeast of the Basin, atop Medicine Mountain at an elevation of 9,642 feet, lies the prehistoric Medicine Wheel, a mysterious circle of stone 80 feet in diameter. It was designated a National Historic Landmark in 1970. Nearby in sharp contrast, is an FAA air traffic control radar station built in 1962. It is a high-tech facility which monitors air traffic over three states.

Beginning in the late 1800s, Mormon pioneers moved into the northern end of the Basin and camped in tents along the "Stinking Water" (Shoshone) River until their log homes could be built. They established the communities of Lovell, Cowley and Byron. Today, the Basin's prime industries are farming, ranching, oil, mining, manufacturing and tourism. 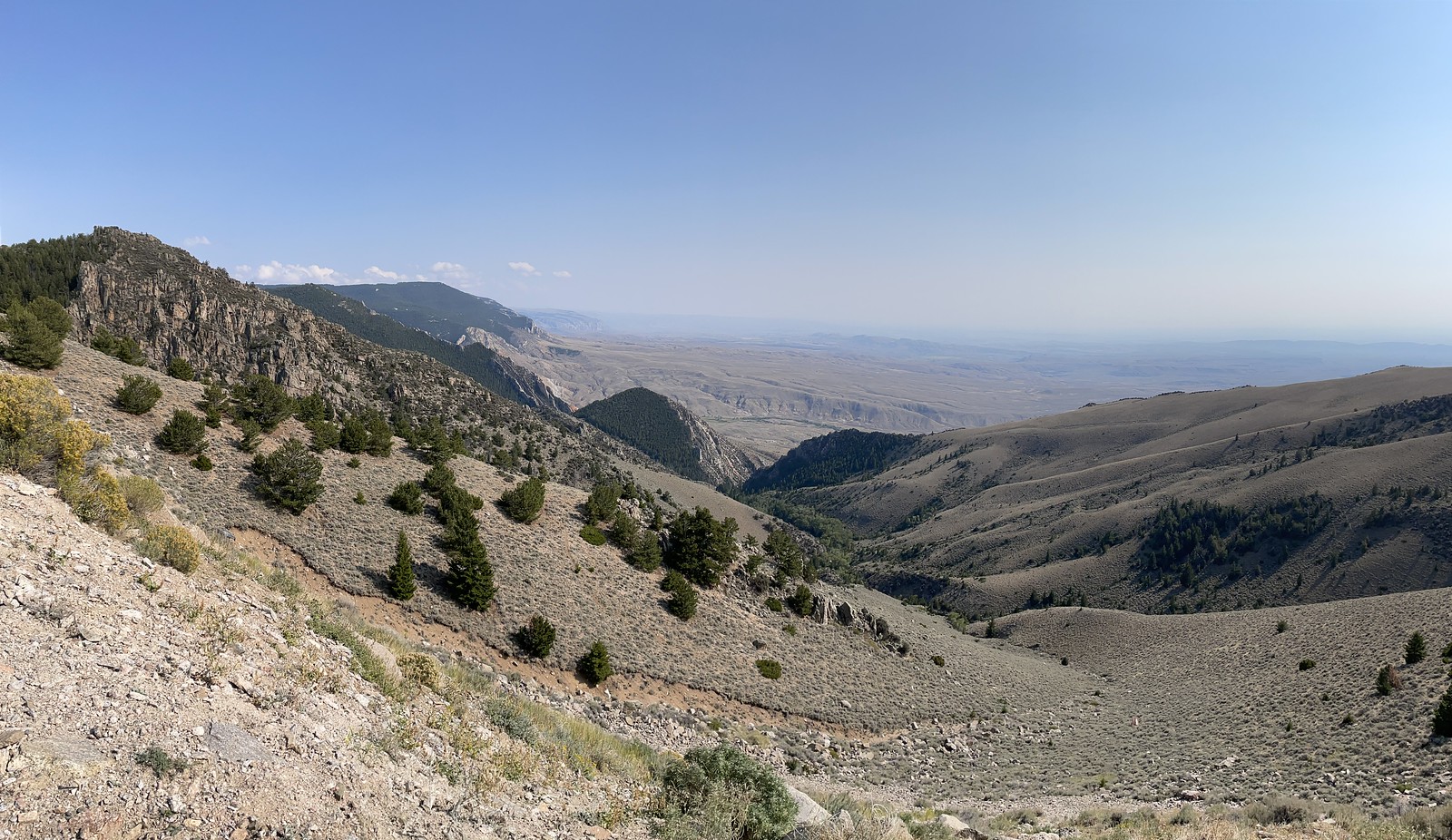