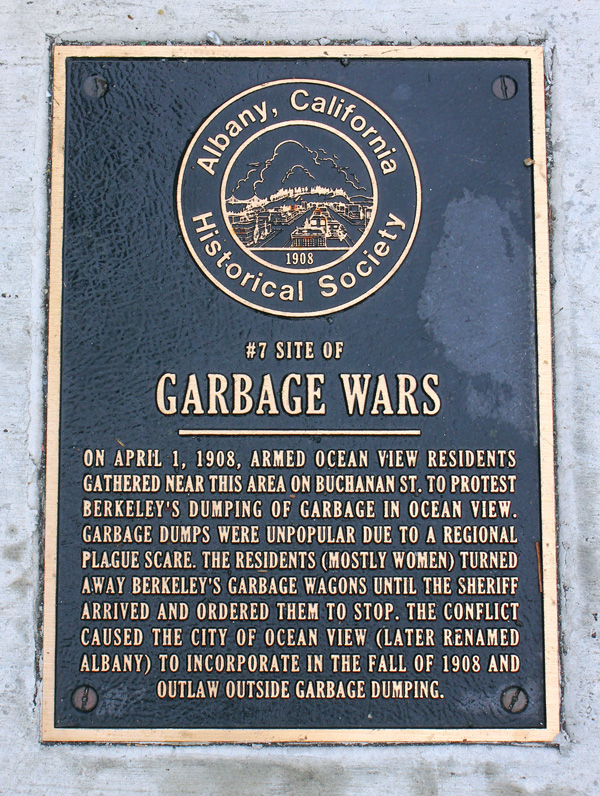 In 1908, residents of West Berkeley took up arms to stop garbage wagons from dumping trash in their backyards. After a showdown, Berkeley relented, and the neighborhood of Ocean View seceded and became the city of Albany. The plaque at the corner of San Pablo Ave. and Buchanan St. reads:

"On April 1, 1908, armed Ocean View residents gathered near this area on Buchanan Street and San Pablo Avenue to protest Berkeley's dumping of garbage in Ocean View. Garbage dumps were unpopular due to a regional plague scare. The residents (mostly women) turned away Berkeley's garbage wagons until the sheriff arrived and ordered them to stop. The conflict caused the City of Ocean View (later renamed Albany) to incorporate in the fall of 1908 and outlaw outside garbage dumping."