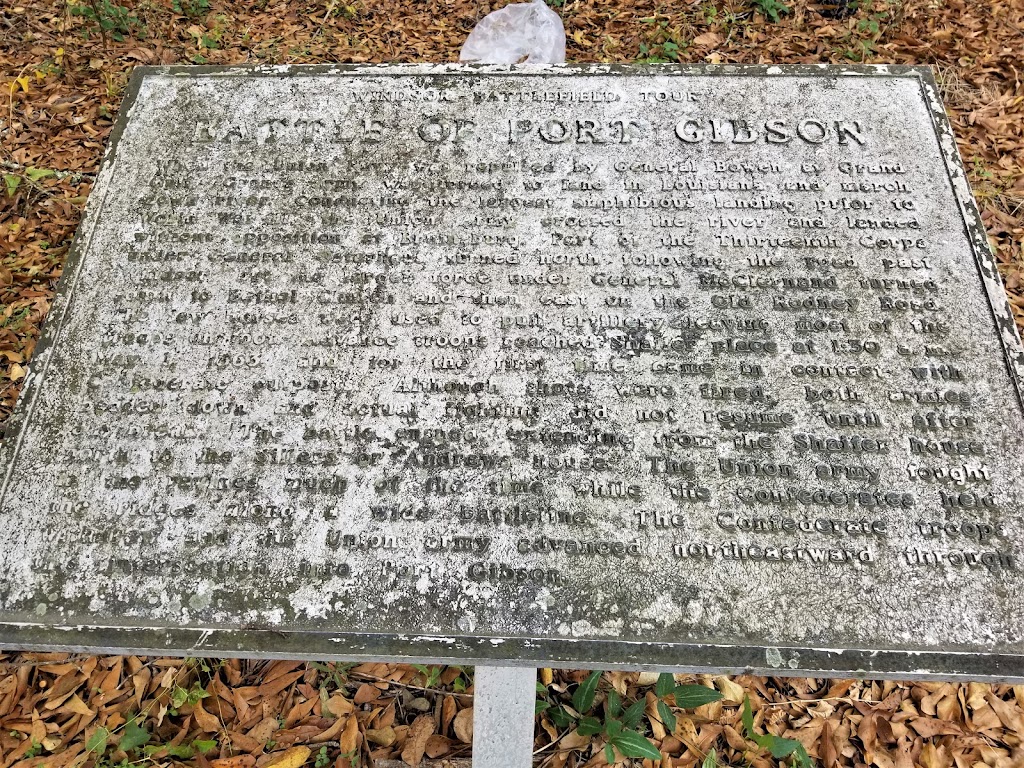 When the Union Navy was repulsed by General Bowen at Grand Gulf, Grant's army was forced to land in Louisiana and march down river. Conducting the largest amphibious landing prior to World War II, the Union Army crossed the river and landed without opposition at Bruinsburg. Part of the Thirteenth Corps under General Osterhaus turned north following the road past Windsor but the larger force under General McClernand turned south to Bethel Church and then east on the Old Rodney Road. The few horses were used to pull artillery leaving most of the troops on foot. Advance troops reached Shaifer place at 1:30 a.m., May 1, 1863 and for the first came in contact with Confederate outposts. Although shots were fired, both armies bedded down and actual fighting did not resume until after day break. The battle ensued, extending from the Shaifer house north to the Sillers or Andrews house. The Union army fought in the ravines much of the time while the Confederates held the ridges along a wide battleline. The Confederate troops withdrew and the Union army advanced northwestward through this intersection into Port Gibson.