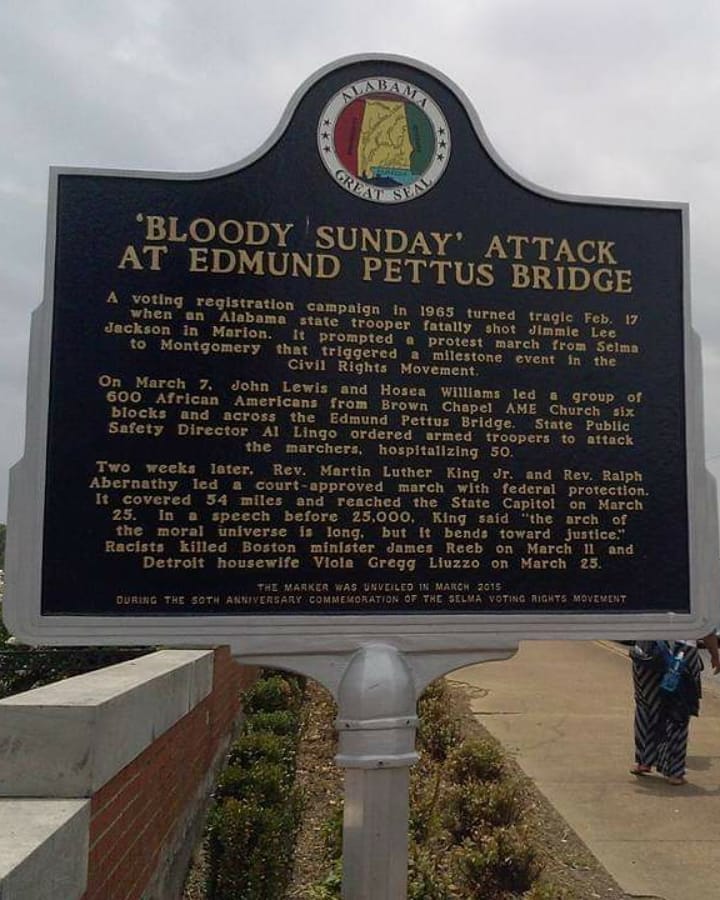 A voting registration campaign In 1965 turned tragic Feb. 17
when an Alabama state trooper fatally shot Jimmie Lee
Jackson In Marion. It prompted a protest march from Selma
to Montgomery that triggered a milestone event in the
Civil Rights Movement.