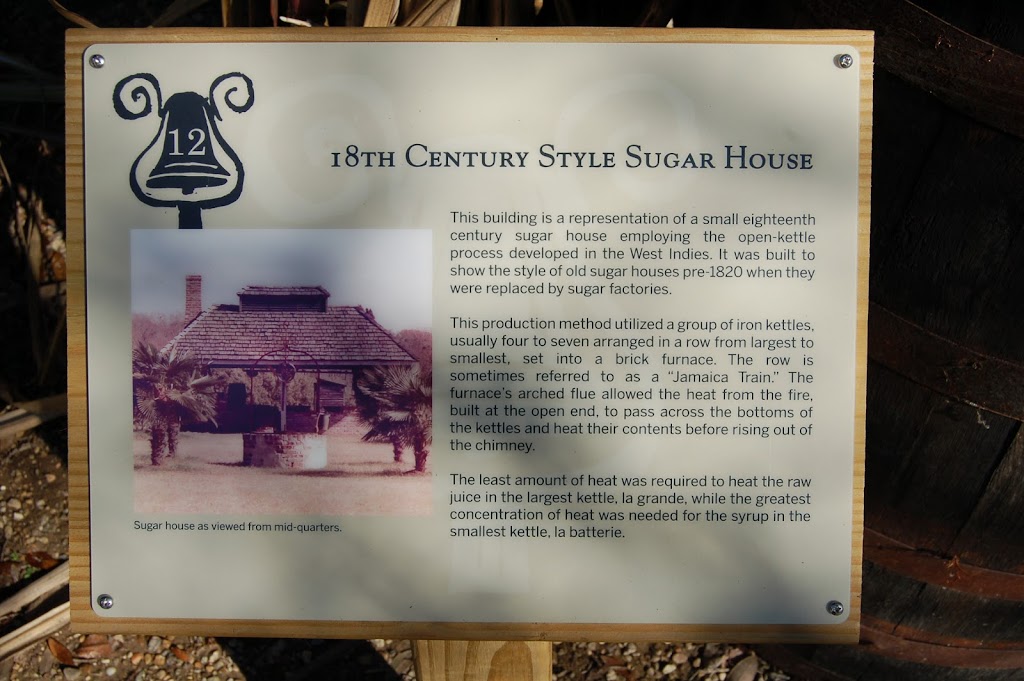 This building is a representation of a small eighteenth century sugar house employing the open-kettle process developed in the West Indies. It was built to show the style of old sugar houses pre-1820 when they were replaced by sugar factories.

This production method utilized a group of iron kettles, usually four to seven arranged in a row from largest to smallest, set into a brick furnace. The row is sometimes referred to as a "Jamaica Train." The furnace's arched flue allowed the heat from the fire, built at the open end, to pass across the bottoms of the kettles and heat their contents before rising out of the chimney.