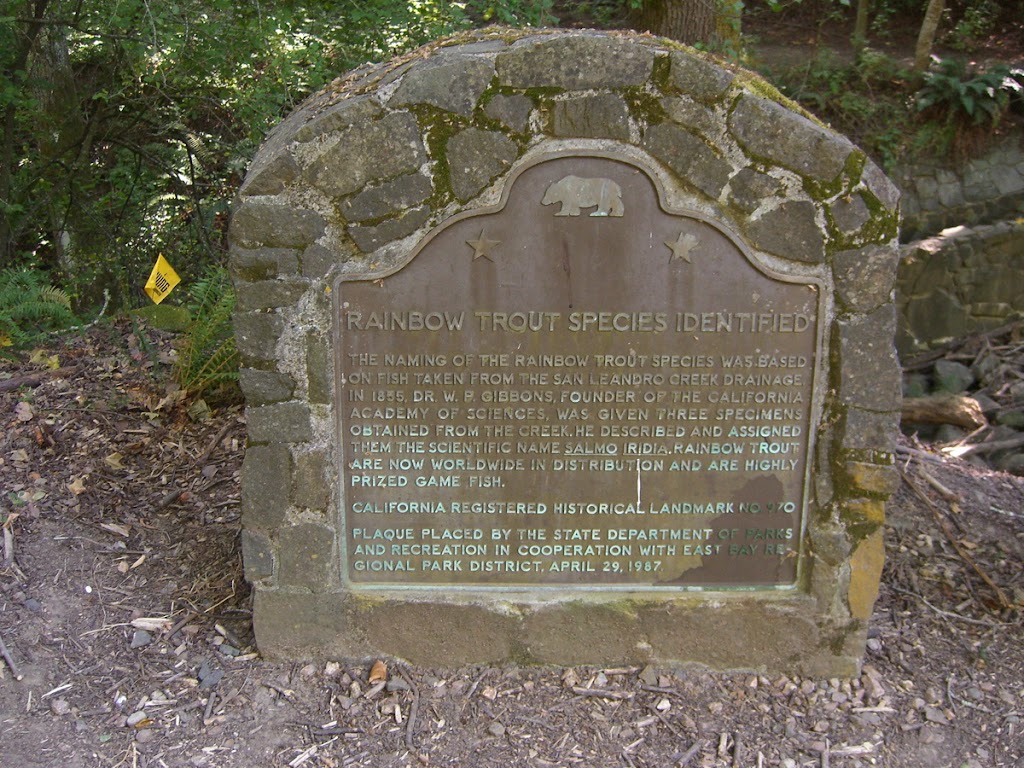 One of the best things about living in the East Bay -- across the water from San Francisco -- is the regional park system here. The parks are full of surprises. In Redwood Regional Park, which straddles a long ridge above Oakland, there's a beautiful, hand-built fish ladder. Why? Because native rainbow trout still move up Redwood Creek to spawn. Or that's the story, anyway -- I've never seen water, let alone fish, in the fish ladder.

Also quite a surprise: The historical marker at the fish ladder relating the news that trout from one of the local creeks were the specimens used to make the first scientific identification of rainbow trout in North America (the same species had been collected in Kamchatka and identified separately in the 18th century). As the plaque notes, rainbows are prized game fish and, thanks to aggressive early efforts to transplant them, are now all over the world -- the British even brought them to what is now Sri Lanka.

The naming of the rainbow trout species was based on fish taken from the San Leandro Creek Drainage in 1855. Dr. W.P. Gibbons, founder of the California Academy of Sciences, was given three specimens obtained from the creek. He described and assigned them the scientific name Salmo iridia. Rainbow trout are now worldwide in distribution and are highly prized game fish.

Plaque placed by the state Department of Parks and Recreation in cooperation with the East Bay Regional Park District, April 29, 1987.