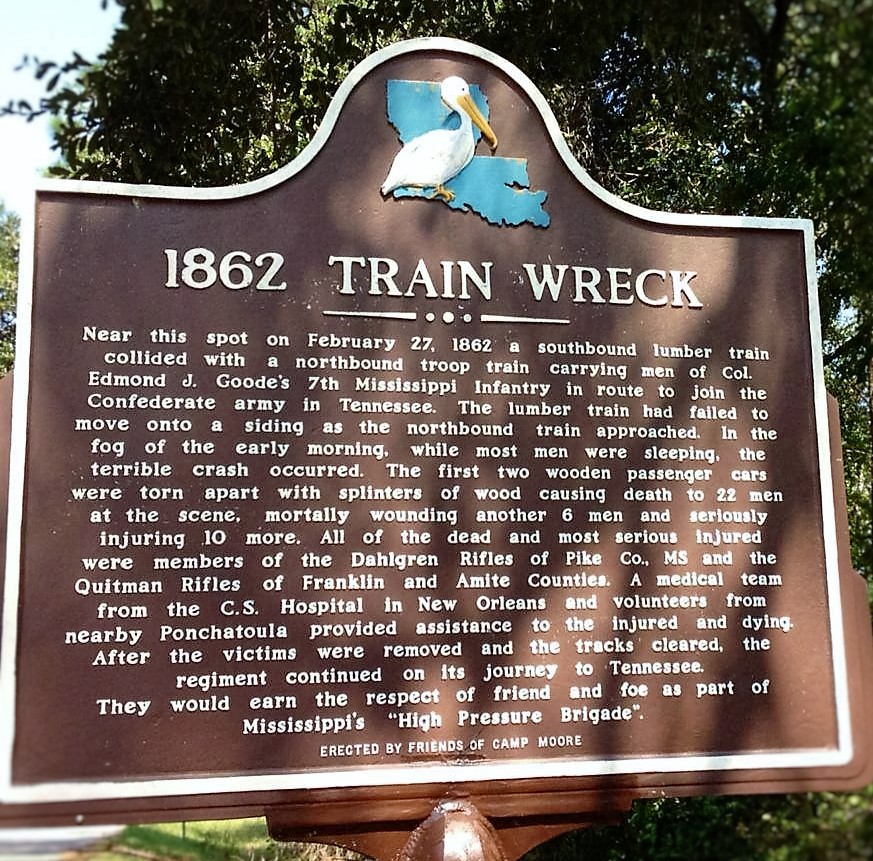 Near this spot on February 27, 1862 a southbound lumber train collided with a northbound troop train carrying men of Col. Edmond J. Goode's 7th Mississippi Infantry in route to join the Confederate army in Tennessee. The lumber train had failed to move onto a siding as the northbound train approached. In the fog of the early morning, while most men were sleeping, the terrible crashed occurred. The first two wooden passenger cars were torn apart with splinters of wood causing death to 22 men at the scene, mortally wounding another 6 men and seriously injuring 10 more. All of the dead and most serious injured were members of the Dahlgren Rifles of Pike Co., MS and the Quitman Rifles of Franklin and Amite Counties. A medical team from the C.S. Hospital in New Orleans and volunteers from nearby Ponchatoula provided assistance to the injured and dying. After the victims were removed and the tracks cleared, the regiment continued on its journey to Tennessee. They would earn the respect of friend and foe as part of Mississippi's "High Pressure Brigade".