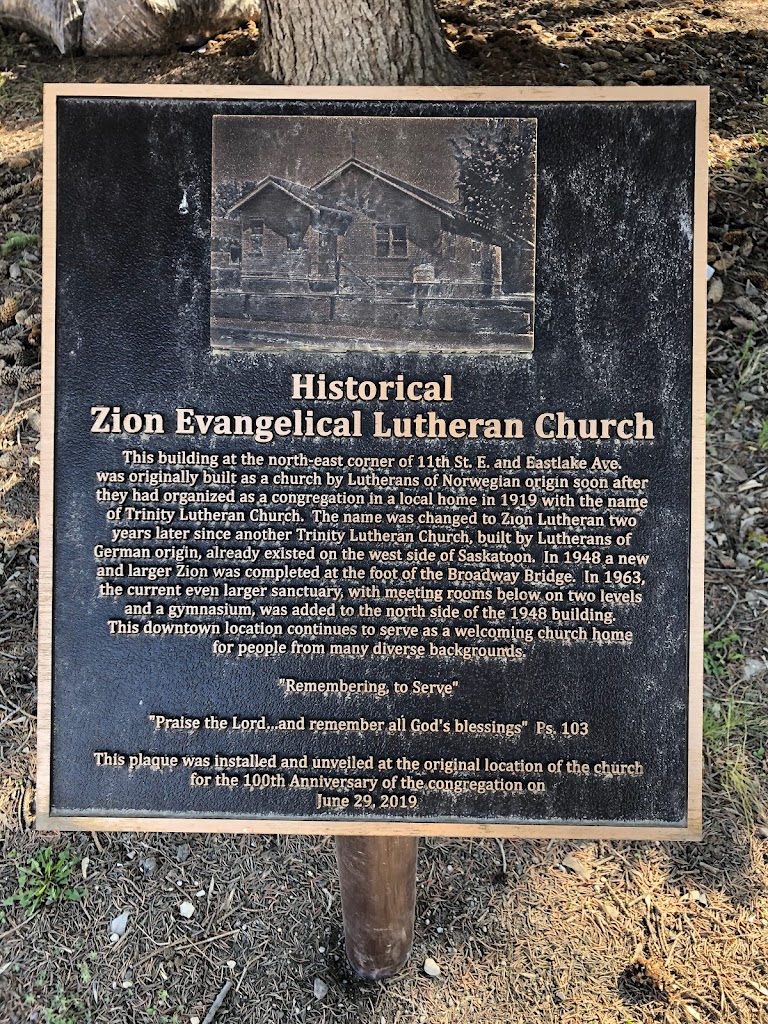 Historical
Zion Evangelical Lutheran Church
This building at the north-east corner of 11th St E and Eastlake Ave. was originally built as a church by Lutherans of Norwegian origin soon after they had organized as a congregations in a local home in 1919 with the name of Trinity Lutheran Church. the name was changed to Zion Lutheran two years later since another trinity Lutheran Church, built by Lutherans of German original's, already existed on the west side of Saskatoon. In 1948 a new and larger Zion was completed at the foot of the Broadway Bridge. In 1963, the current even larger sanctuary, with meeting rooms below on two levels and a gymnasium, was added to the north side of the 1948 building. This downtown location continues to serve as a welcoming church home for people from many diverse backgrounds.
"Remembering to Serve"
"Praise the Lord... and remember all God's blessings" Ps. 103
This plaque was installed and unveiled at the original location of the church for the 100th Anniversary of the congregation on June 29, 2019