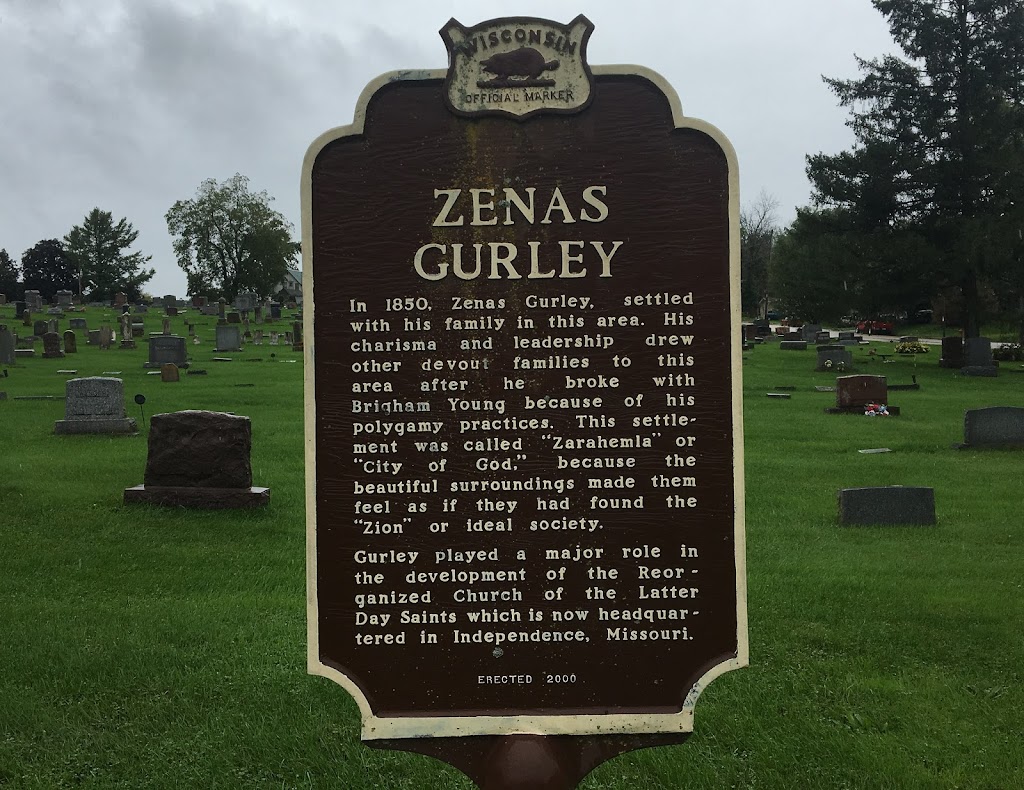 In 1850, Zenas Gurley settled with his family in this area. His charisma and leadership drew other devout families to this area after he broke with Brigham Young because of his polygamy practices. This settlement was called “Zarahemla” or “City of God,” because the beautiful surroundings made them feel as if they had found the “Zion” or ideal society.

Gurley played a major role in the development of the Reorganized Church of the Latter Day Saints which is now headquartered in Independence, Missouri.

(No one expects plaques like this to do more than scratch the surface of the "history" they relate. It's a shame they don't do more, but doing more might be a little impractical. I did a couple minutes' research on Zarahemla, and it's not too surprising to find that things were a little more complicated than the text above suggests. Here's a bit from an account of the settlement's religious struggles titled The Reorginization Waits for Joseph Smith III

"...During the autumn and winter there were some strange manifestations of a spirit hitherto but little known among us, and caused no little trouble. It was in prophecy and tongues. Sometimes boisterous, and accusation began to be made against different persons through the gifts of prophecy, tongues, and interpretation; and this in public meeting. At this many were terrified, not knowing what moment they might be publicly accused by the Holy Ghost; while some who had thus been accused protested in the most solemn manner their innocence. These things occurred mainly in the Zarahemla branch. There was much discord and differences of opinion respecting these manifestations, some of which were as follows: When the spirit moved to speak by way of rebuke, accusation, or chastisement of a brother or sister, the speaker would not only name the accused and point to them, but would frequently while speaking approach and cuff them over the head and various parts of the body, castigating them in the name of God. Those cases, however, generally occurred in special meetings appointed through the zeal of those so gifted, and not in the regular meetings."