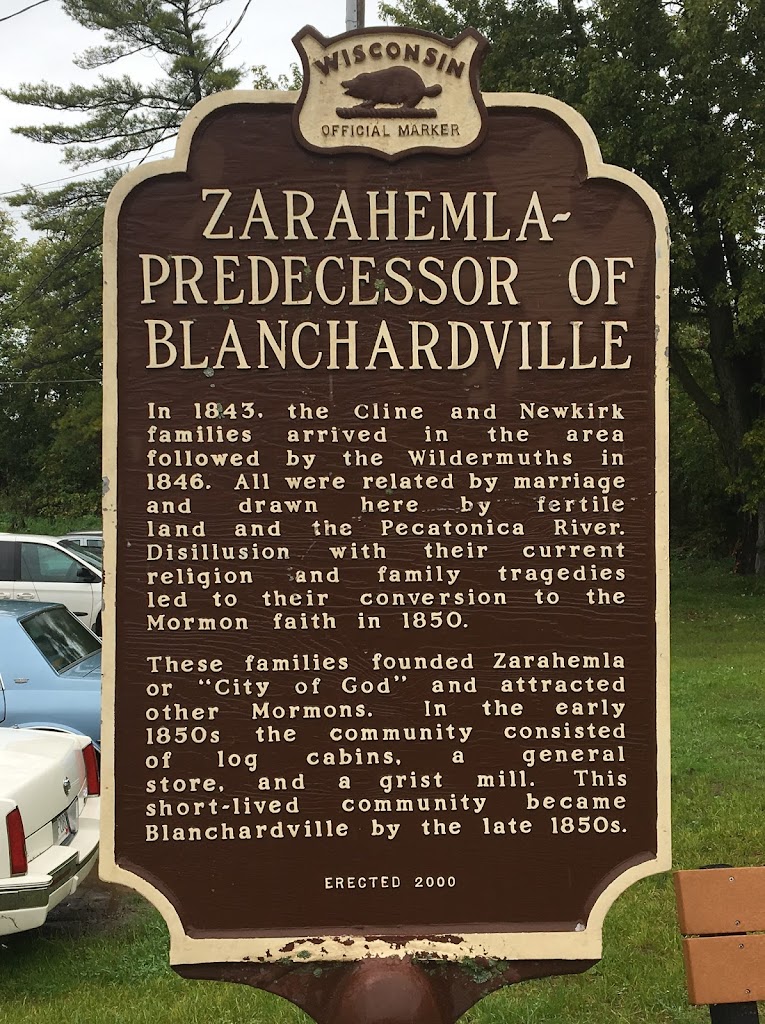 In 1843, the Cline and Newkirk families arrived in the area followed by the Wildermuths in 1846. All were related by marriage and drawn here by fertile land and the Pecatonica River. Disillusion with their current religion and family tragedies led to their conversion to the Mormon faith in 1850.

These families founded Zarahemla or “City of God” and attracted other Mormons. In the early 1850s the community consisted of log cabins, a general store, and a grist mill. This short-lived community became Blanchardville by the late 1850s.

(One can't help but wonder about the nature of the family tragedies that befell the founders of this settlement. A little probing of the internets suggests the tragedy involved one of the three founding families: The father had a conflict with his Methodist brethren; the church refused to participate in the funeral of one of this children, the second who had died within a year; by coincidence, a traveling Mormon preacher happened upon the family, conducted the funeral service, and ultimately won converts in the community. This was a turbulent period in the history of the Latter Day Saints and their offshoots, and as it turned out, the community in Zarahemla/Blanchardville played a central role in the formation of the Reorganized Church of Latter Day Saints under Joseph Smith III, the son of Mormon founder Joseph Smith, who had been murdered in Nauvoo, Illinois).