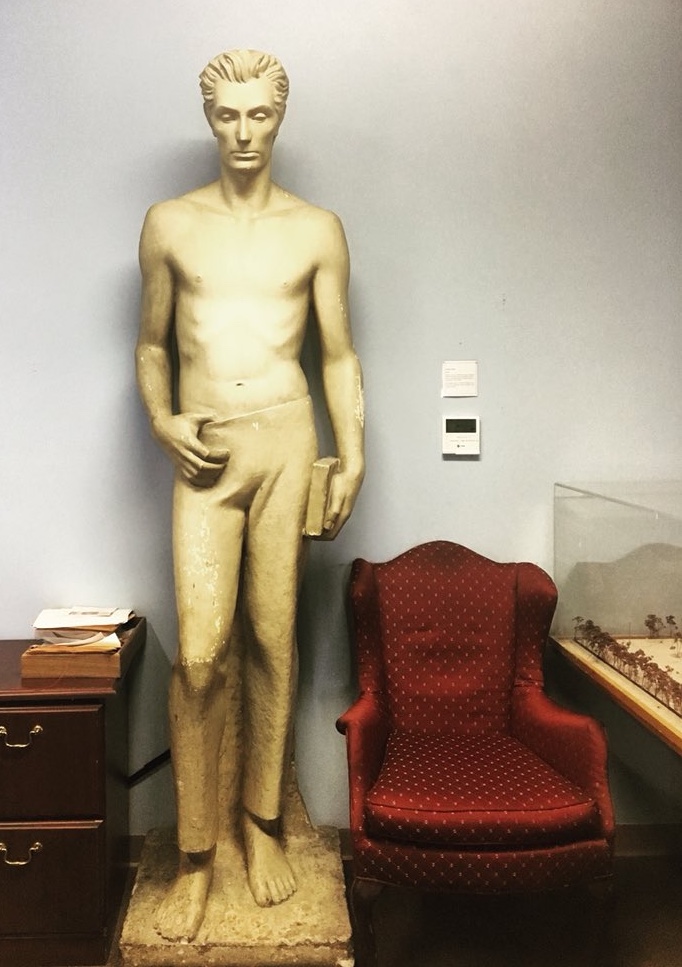 "Young Lincoln", currently housed in the lobby of the District of Columbia’s Office of Public Records, is a plaster replica of a limestone sculpture that was commissioned during the New Deal to stand in a federal building in Los Angeles, California. The District’s Lincoln stood in the Recorder of Deeds building until that office vacated the property in the first decade of the 2000s.[1] The DC Archives, which is part of the Office of Public Records, received the statue in the Recorder’s move. The original statue was sculpted by James Lee Hansen, who used his own body as his model.[2] [3]