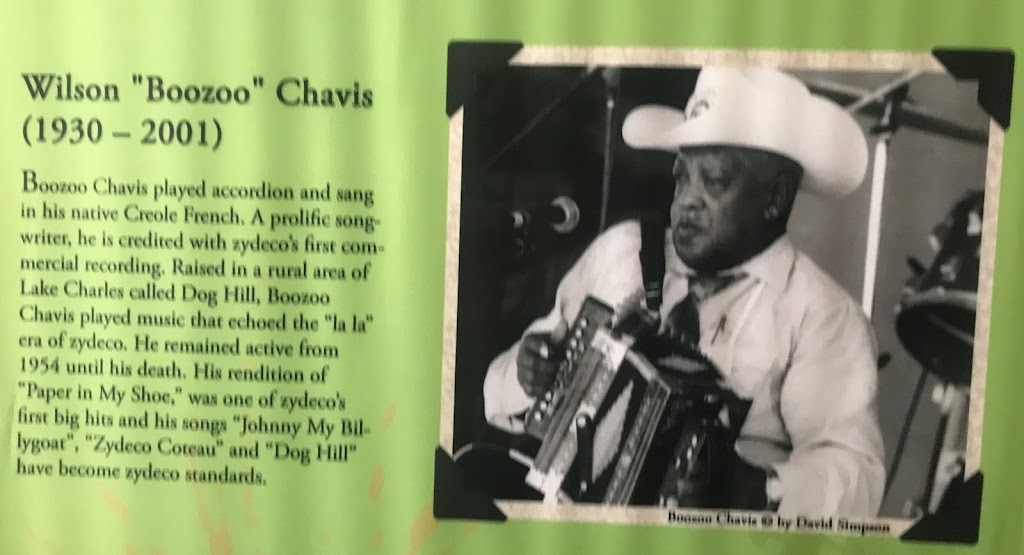 Boozoo Chavis played accordion and sang in his native Creole French, A prolific songwriter, he is credited with zydeco's first commercial recording. Raised in a rural area of Lake Charles called Dog Hill, Boozoo Chavis played music that echoed the "la la" era of zydeco. He remained active from 1954 until his death. His rendition of "Paper in My Shoe," was one of zydeco's first big hits and his songs "Johnny My Billygoat," Zydeco Coteau" and "Dog Hill" have become zydeco standards.