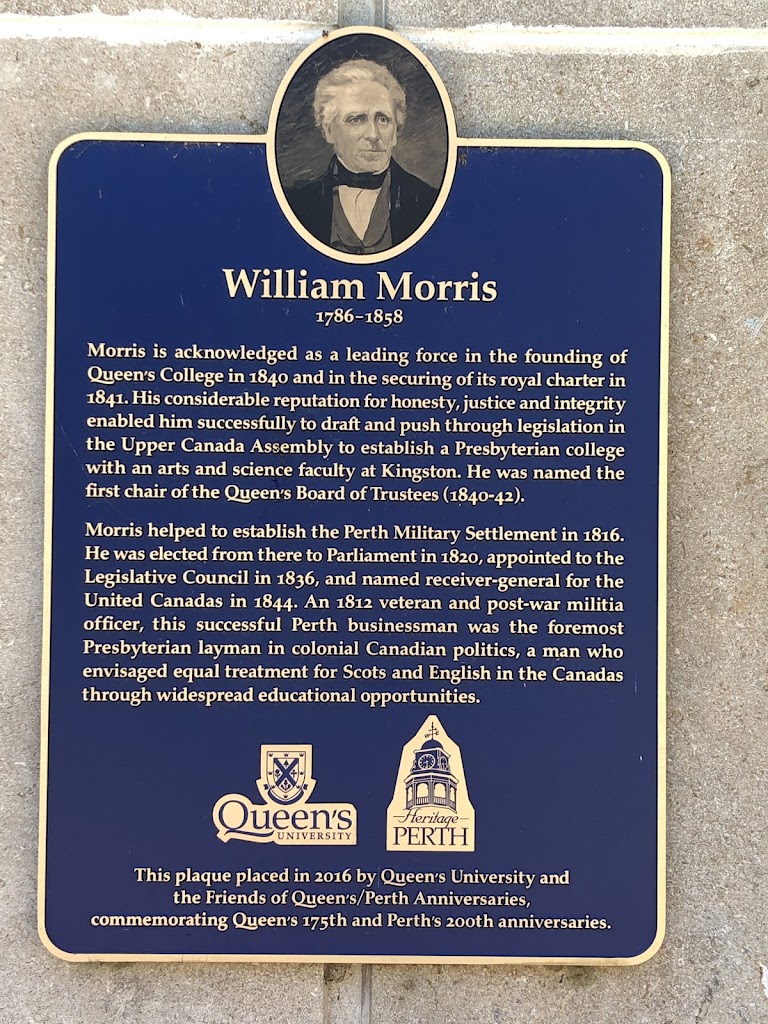 Morris is acknowledged as a leading force in the founding of Queen's College in 1840 and in the securing of its royal charter in 1841. His considerable reputation for honsty, justice and integrity enabled him successfully to draft and push through legislation in the Upper Canada Assembly to establish a Presbyterian college with an arts and science faculty at Kingston. He was named the first chair of the Queen's Board of Trustees (1840-42).

Morris helped to establish the Perth Military Settlement in 1816. He was elected from there to Parliament in 1820, appointed to the Legislative Council in 1836, and named receiver-general for the United Canadas in 1844. An 1812 veteran and post-war militia officer, this successful Perth businessman was the foremost Presyterian layman in colonial Canadian politics, a man who envisaged equal treatment for Scots and English in the Canadas through widespread educational opportunities.

This plaque placed in 2016 by Queen's University and the Friends of Queen's/Perth Anniversaries, commemorating Queen's 175th and Perth's 200th anniversaries.