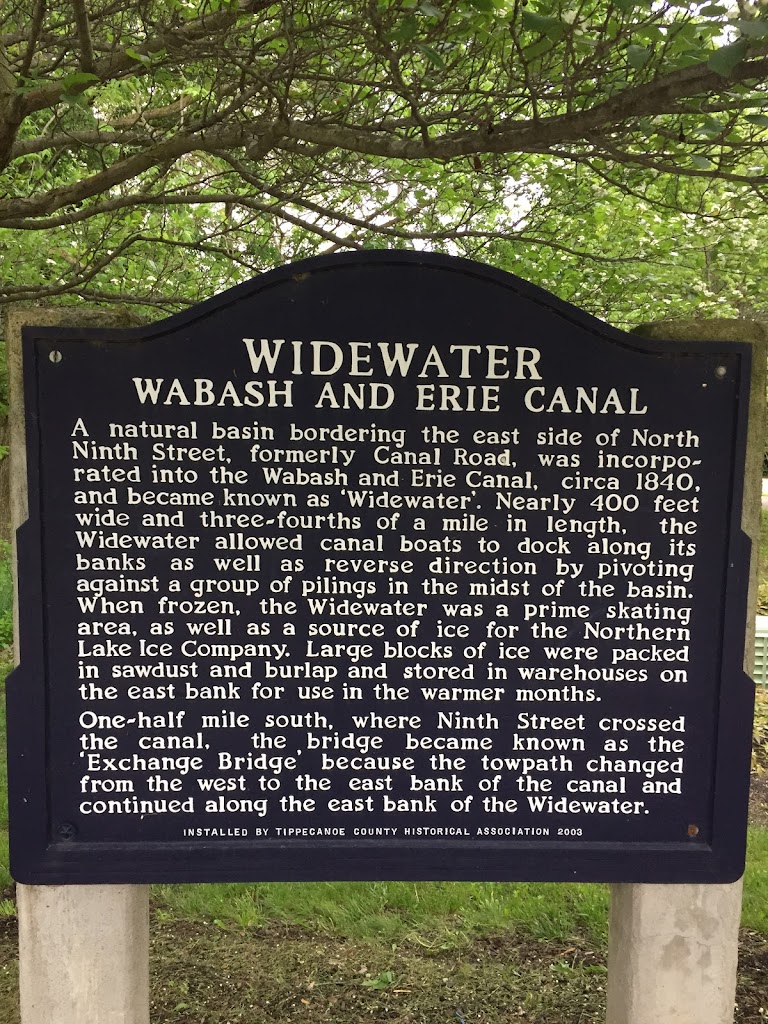 WIDEWATER
WABASH AND ERIE CANAL
A natural basin bordering the east side of North Ninth Street, formerly Canal Road, was incorporated into the Wabash and Erie Canal, circa 1840, and became known as 'Widewater'. Nearly 400 feet wide and three-fourths of a mile in length, the Widewater allowed canal boats to dock along its banks as well as reverse direction by pivoting against a group of pilings in the midst of the basin. When frozen, the Widewater was a prime skating area, as well as a source of ice for the Northern Lake Ice Company. Large blocks of ice were packed in sawdush and burlap and stored in warehouses on the east bank for use in the warmer months.
One-half mile south, where Ninth Street crossed the canal, the bridge became known as the 'Exchange Bridge' because the towpath changed from the west to the east bank of the canal and continued along the east bank of the Widewater.
INSTALLED BY TIPPECANOE COUNTY HISTORICAL ASSOCIATION 2003