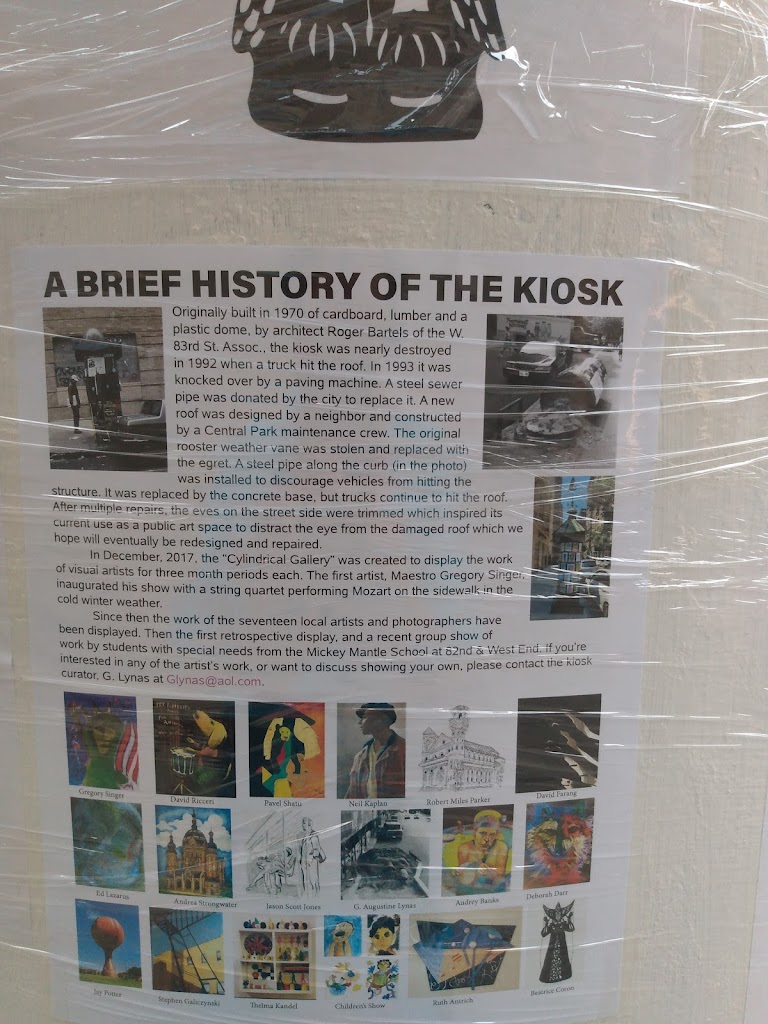 Plaque on a kiosk that displays local artists.

A Brief History of the Kiosk

Originally built in the 1970 of cardboard, lumber and a plastic dome by architect Roger Bartels of the West 83rd Street Association, the kiosk was nearly destroyed in 1992 when a truck hit the roof. In 1993 it was knocked over by a paviing machine. A steel sewer pipe was donated by the city to replace it. A new roof was designed by a neighbor and constructed by a Central Park maintenance crew. The original rooster weather vane was stolen and replaced with the egret. …

In December 2017 the “Cylindrical Gallery” was created to display the work of visual artists for three month periods each. The first artist was Maestro Gregory Singer , inaugurated his show with a string quartet performing Mozart on the sidewalk in the cold weather.

Since then, the work of seventeen local artists and photographers have been displayed. Then, the first retrospective display and a recent group show of work by students with special needs from the Mickey Mantle School.