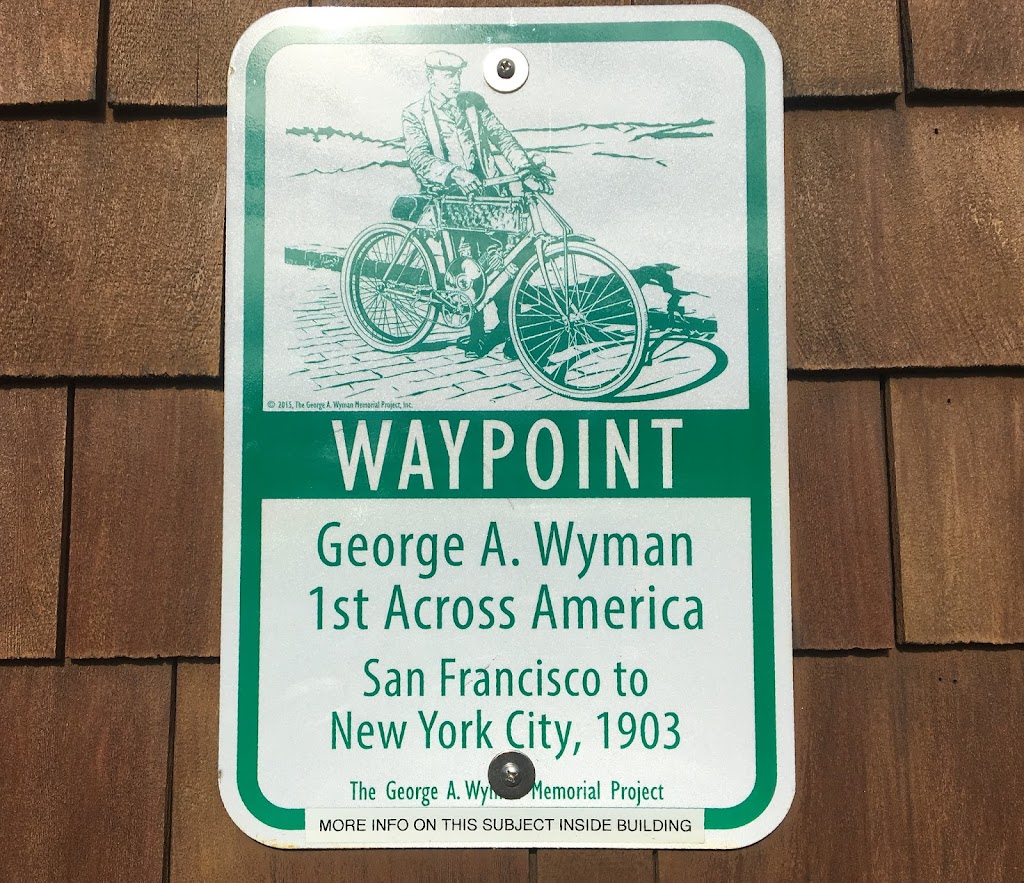 The plaque text speaks for itself.

We happened across this spot, along Interstate 80 west of California's Donner Summit, at the beginning of a road trip to see the August 2017 solar eclipse (our destination was the Sand Hills of western Nebraska, but due to concerns about cloud cover we wound up viewing the eclipse in Casper, Wyoming).

It's taken me nearly five years and a chance encounter with this image to actually look up George A. Wyman and what the whole "1st Across America" thing is about. In short: He is said to have made the first trip across the United States on a motorized vehicle -- in his case, a motorized bicycle produced by a company in San Francisco (I'm surprised to find that the trip is said to have begun at Lotta's Fountain, on Market Street. The fountain became famous as a meeting place in the aftermath of the 1906 Great San Francisco Earthquake, a bit of history that's commemorated with a pre-dawn ceremony every April 18, the anniversary of the disaster.)

Naturally, you'll want to read more about George A. Wyman and his machine. The George A. Wyman Memorial Project publishes a day-by-day account of the cross-country journey. The site includes a pretty good tale, too, about how the late publisher of the Los Angeles Times found and restored a 1902-vintage motor bicycle that he believed to be the one Wyman rode.