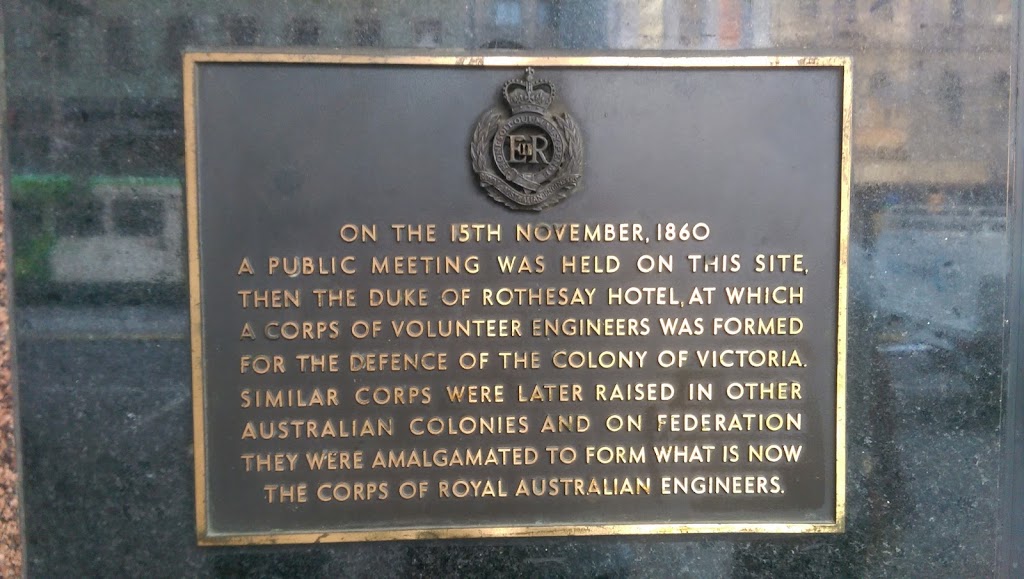 A public meeting was held on this site,

Then the Duke of Rothesay Hotel, at which

A Corps of Volunteer engineers was formed

For the defence of the Colony of Victoria.

Similar Corps were later raised in other

Australian Colonies and on Federation

They were amalgamated to form what is now

The corps of Royal Australian Engineers