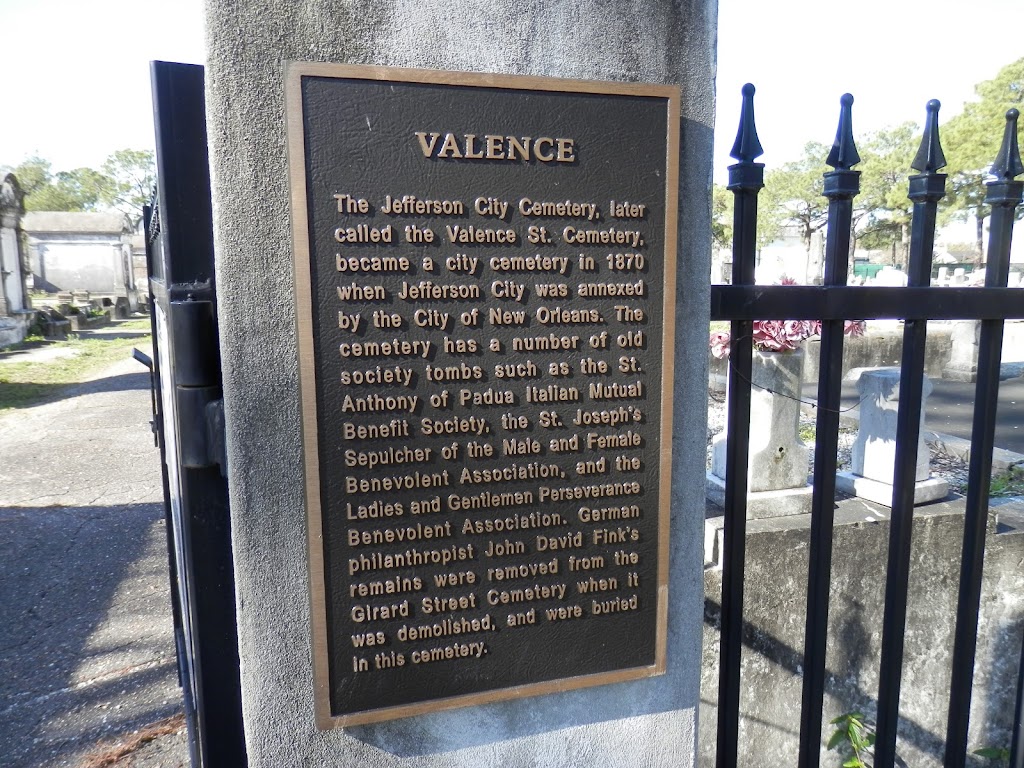 The Jefferson City Cemetery, later called Valence St. Cemetery, became a city cemetery in 1870 when Jefferson City was annexed by the City of New Orleans. The cemetery has a number of old society tombs such as the St. Anthony of Padua Italian Mutual Benefit Society, the St. Joseph's Sepulcher of the Male and Female Benevolent Association, and the Ladies and Gentlemen Perseverance Benevolent Association. German philanthropist John David Fink's remains were removed from the Girard Street Cemetery when it was demolished, and were buried in this cemetery.