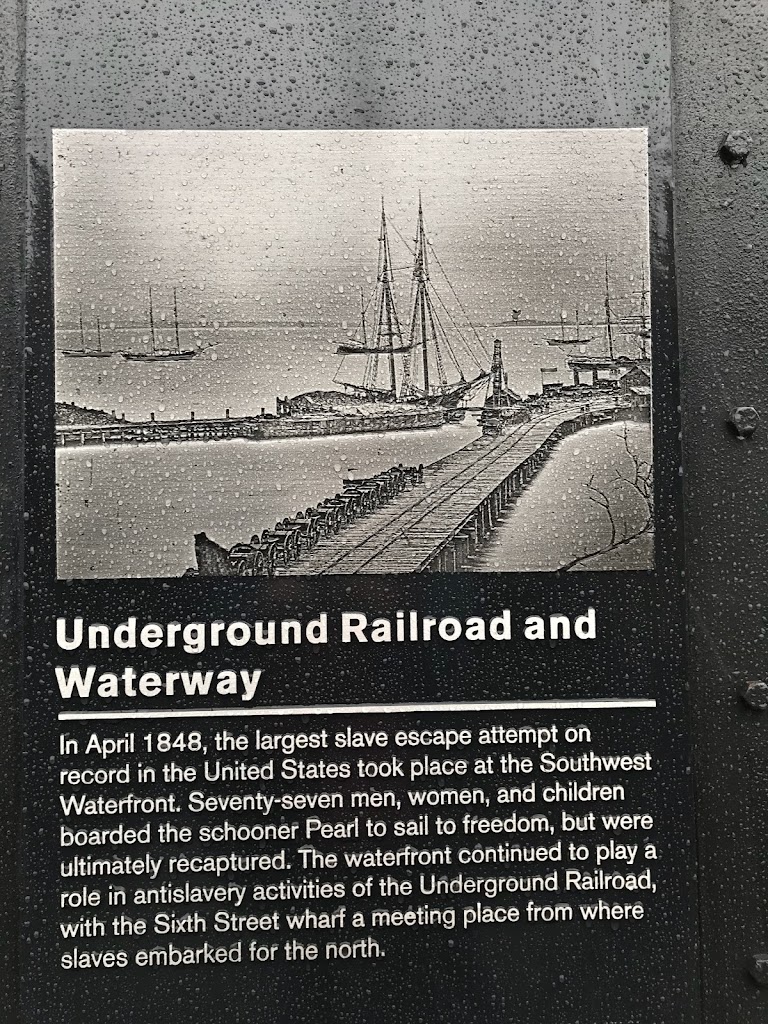 Underground Railroad and Waterway
In April 1848, the largest slave escape attempt on record in the United States took place at the Southwest Waterfront. Seventy-seven men, women, and children boarded the schooner Pearl to sail to freedom, but were ultimately recaptured. The waterfront continued to play a role in the antislavery activities of the Underground Railroad, with the Sixth Street wharf a meeting place from where slaves embarked for the north.