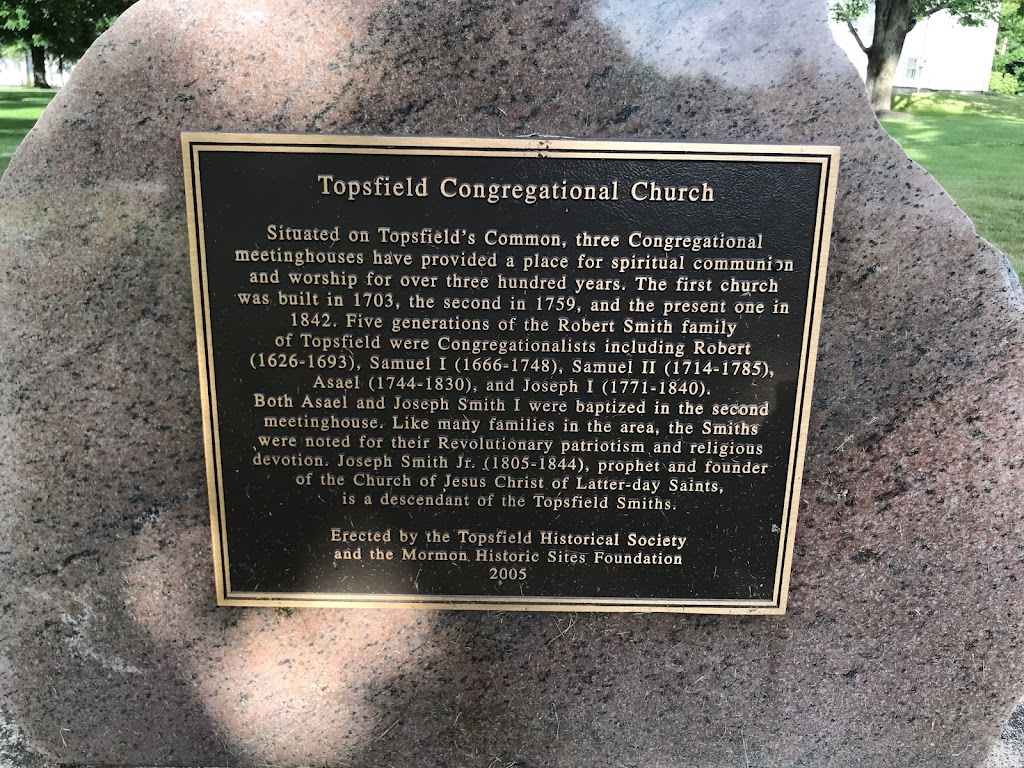 Situated on Topsfield's Common, three Congregational
meetinghouses have provided a place for spiritual communion
and worship for over three hundred years. The first church
was built in 1703, the second in 1759, and the present one in
1842. Five generations of the Robert Smith family
of Topsfield were Congregationalists including Robert
(1626-1693), Samuel I (1666-1748), Samuel II (1714-1785),
Asael (1744-1830), and Joseph I (1771-1840).
Both Asael and Joseph Smith I were baptized in the second
meetinghouse. Like many families in the area, the Smiths
were noted for their Revolutionary patriotism and religious
devotion. Joseph Smith Jr. (1805-1844), prophet and founder
of the Church of Jesus Christ of Latter-day Saints,
is a descendant of the Topsfield Smiths.
Erected by the Topsfield Historical Society
and the Mormon Historic Sites Foundation
2005