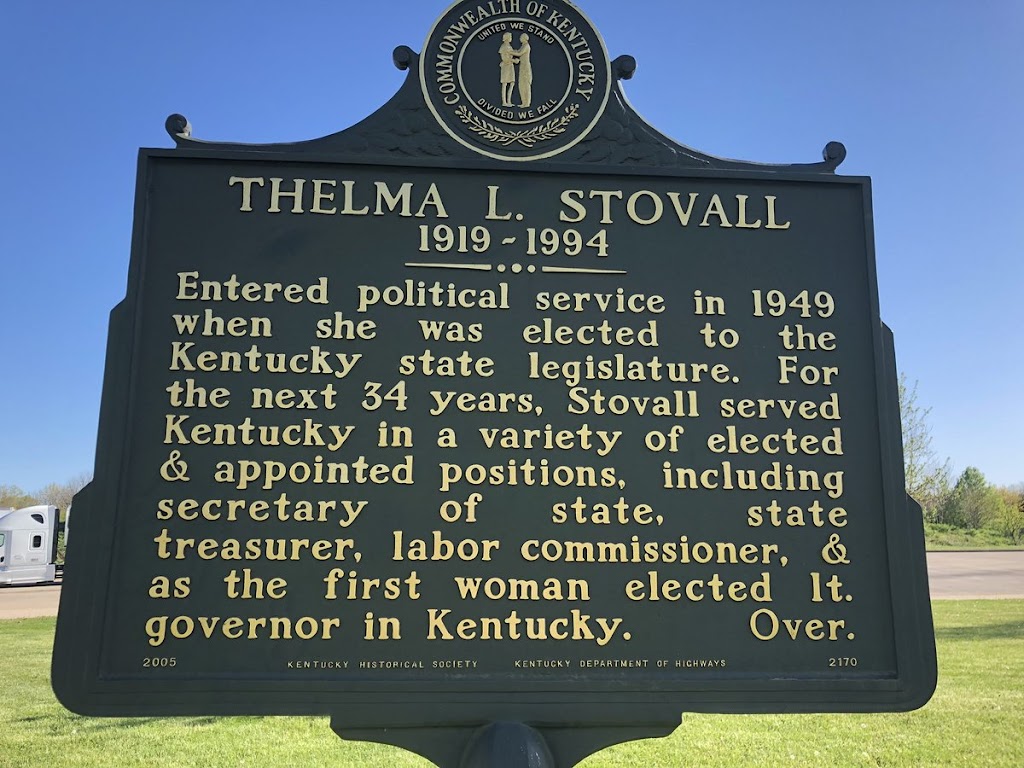 THELMA L. STOVALL 1919 - 1994 Entered political service in 1949 when she was elected to the Kentucky state legislature. For the next 34 years, Stovall served Kentucky in a variety of elected & appointed positions, including secretary of state, state treasurer, labor commissioner, & as the first woman elected lt. governor in Kentucky.

As lt. governor, she was elevated to acting governor several times & took advantage of the position. In 1978 she championed the ratification of the Equal Rights Amendment, which was not well received by the legislature. In 1979 she was more successful in securing passage of a bill for property tax reform.