The Restoration of 800 F Street 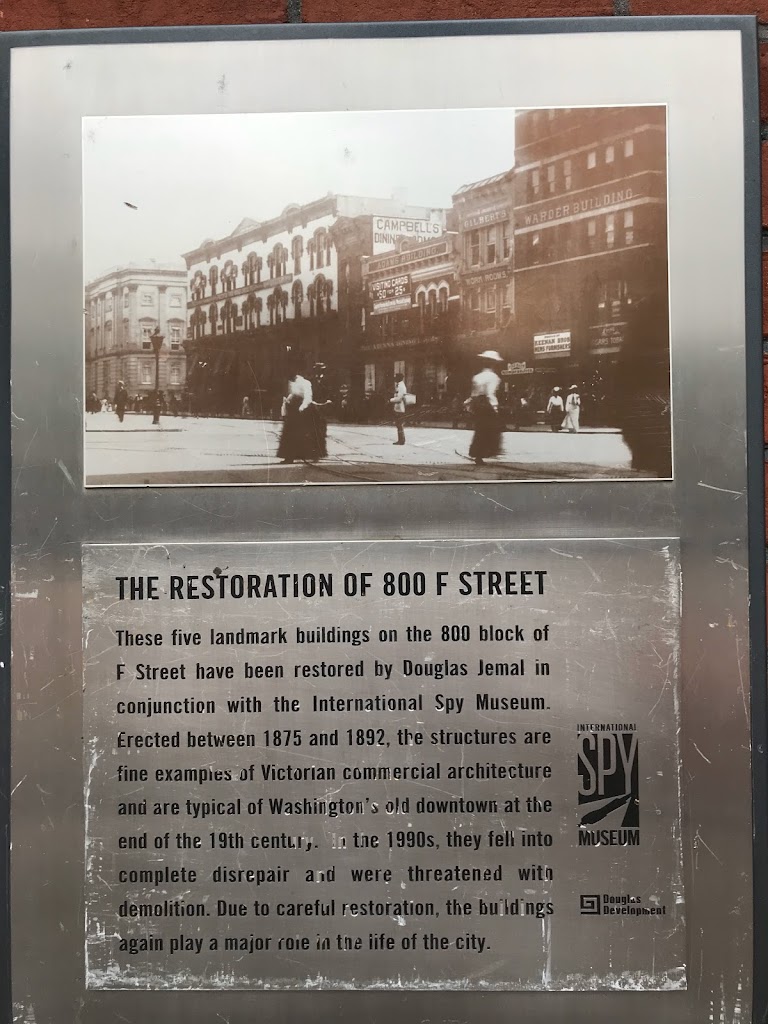 The Restoration of 800 F Street
These five landmark buildings on the 800 block of F Street have been restored by Douglas Jemal in conjunction with the International Spy Museum. Erected between 1875 and 1892, the structures are fine examples of Victorian commercial architecture and are typical of Washington's old downtown at the end of the 19th century. In the 1990s, they fell into complete disrepair and were threatened with demolition. Due to careful restoration, the buildings again play a major role in the life of the city.