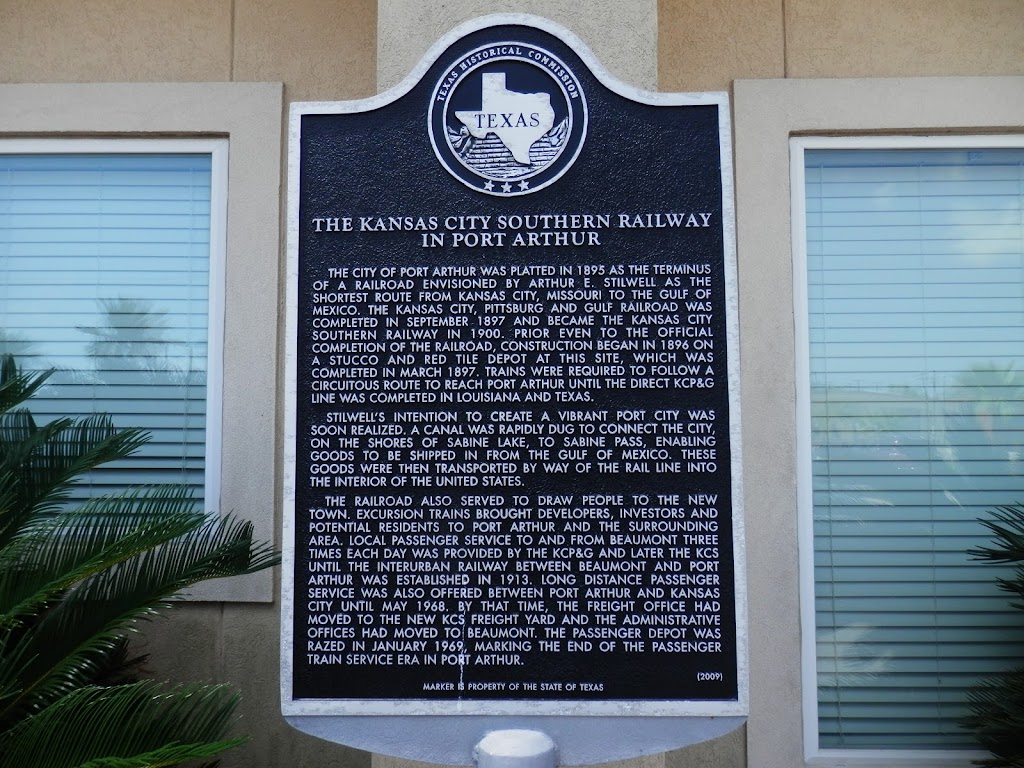 The city of Port Arthur was platted in 1895 as the terminus of a railroad envisioned by Arthur E. Stilwell as the shortest route from Kansas City, Missouri to the Gulf of Mexico. The Kansas City, Pittsburg and Gulf Railroad was completed in September 1897 and became the Kansas City Southern Railroad in 1900. Prior even to the official completion of the railroad, construction began in 1896 on a stucco and red tile depot at this site, which was completed in March 1897. Trains were required to follow a circuitous route to reach Port Arthur until the direct KCP&G line was completed in Louisiana and Texas.

Stilwell’s intention to create a vibrant port city was soon realized. A canal was rapidly dug to connect the city, on the shores of Sabine Lake, to Sabine Pass, enabling goods to be shipped in from the Gulf of Mexico. These goods were then transported by way of the rail line into the interior of the United States.

The railroad also served to draw people to the new town. Excursion trains brought developers, investors and potential residents to Port Arthur and the surrounding area. Local passenger service to and from Beaumont three times each day was provided by the KCP&G and later the KCS until the interurban railway between Beaumont and Port Arthur was established in 1913. Long distance passenger service was also offered between Port Arthur and Kansas City until May 1968. By that time, the freight office had moved to the new KCS freight yard and the administrative offices had moved to Beaumont. The passenger depot was razed in January 1969, marking the end of the passenger train service era in Port Arthur.

Marker is property of the State of Texas