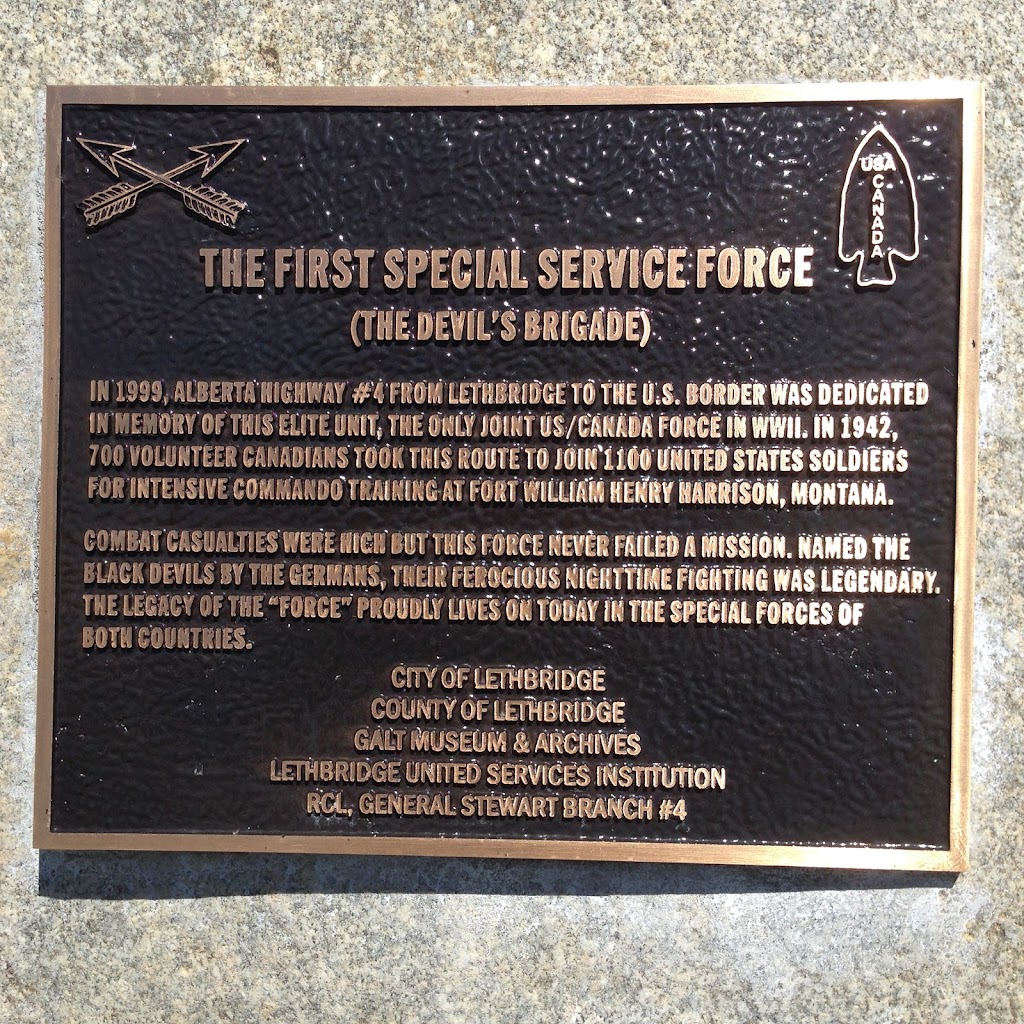 The FSSF is considered to be the original special operations unit in the Canadian and American militaries and undertook extensive training in Helena, Montana. The unit conducted operations in the Aleutian Islands, Italy and Southern France prior to being disbanded in 1944. It undertook arduous missions that took on significant causalities, but resulted in the FSSF having never failed in achieving an objective and earning the respect of both the allied and enemy forces. The FSSF received a total of over 5,100 medals and decorations including, 5 Legions of Merit, 121 Sliver Star Medals, and 140 Bronze Star Medals. In 2015 the FSSF was awarded the Congressional Gold Medal which (along with the Presidential Medal of Freedom), is considered the highest civilian award in the United States.

The current route of Highway 4 and Interstate 15 acted as an important corridor for the Canadian soldiers of the FSSF heading to Fort William Henry Harrison in Helena to begin their training. It is a representation of the close relationship and alliance between Canada and the United States that exists to this day.