The First Presbyterian Church of Danville 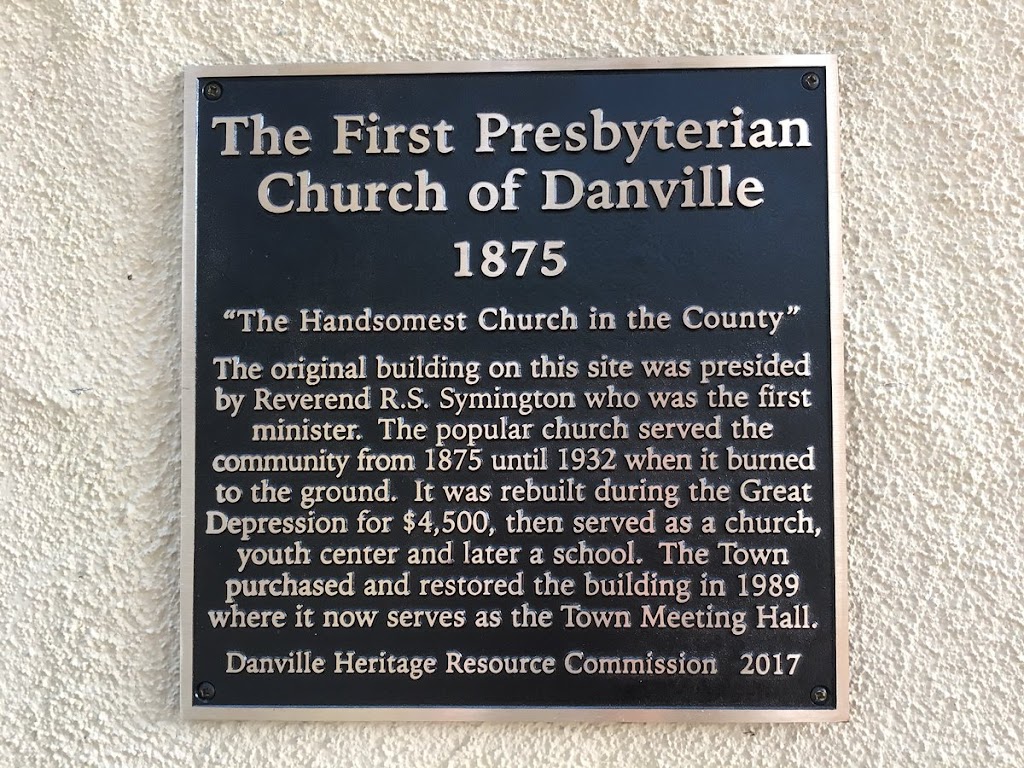 The First Presbyterian
Church of Danville
1875
"The Handsomest Church in the County"
The original building on this site was presided
by Reverend R.S. Symington who was the first
minister. The popular church served the
community from 1875 until 1932 when it burned
to the ground. It was rebuilt during the Great
Depression for $4,500, then served as a church,
youth center and later a school. The Town
purchased and restored the building in 1989
where it now serves as the Town Meeting Hall.
Danville Heritage Resource Commission 2017