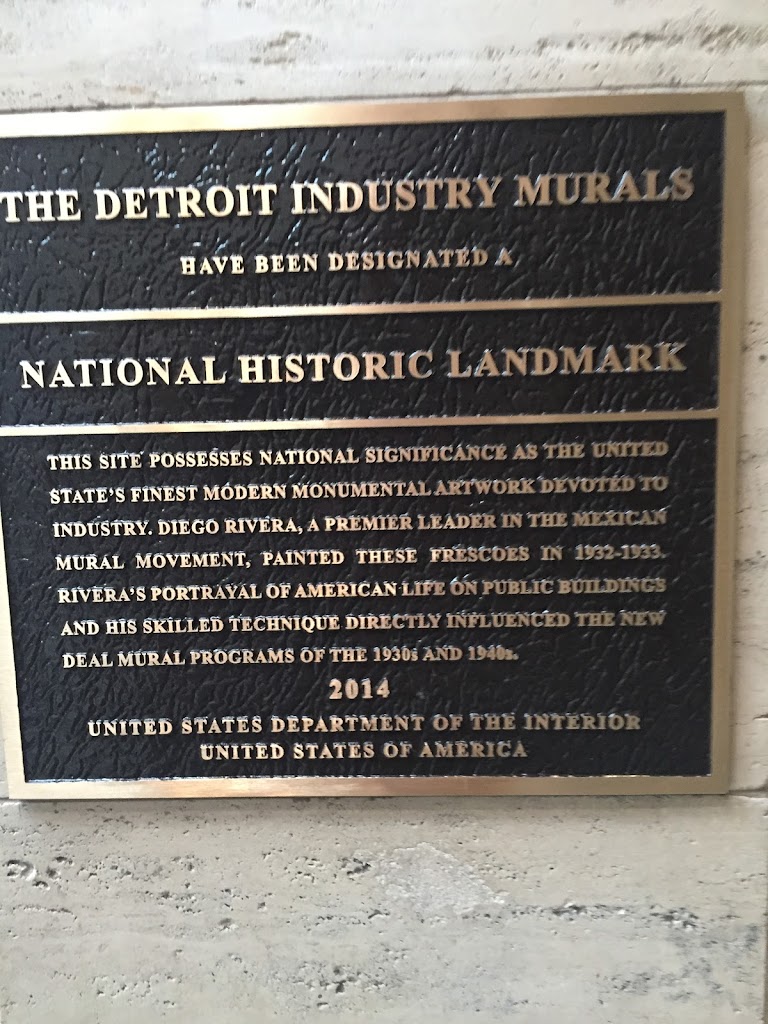 has been designated a

This site possesses national significance as the United State's finest modern monumental artwork devoted to industry.  Diego Rivera, a premier leader in the Mexican mural movement, painted these frescoes in 1932-1933.  Rivera's portrayal of American life on public buildings and his skilled technique directly influenced the New Deal mural programs of the 1930s and 1940s.

United States Department of the Interior