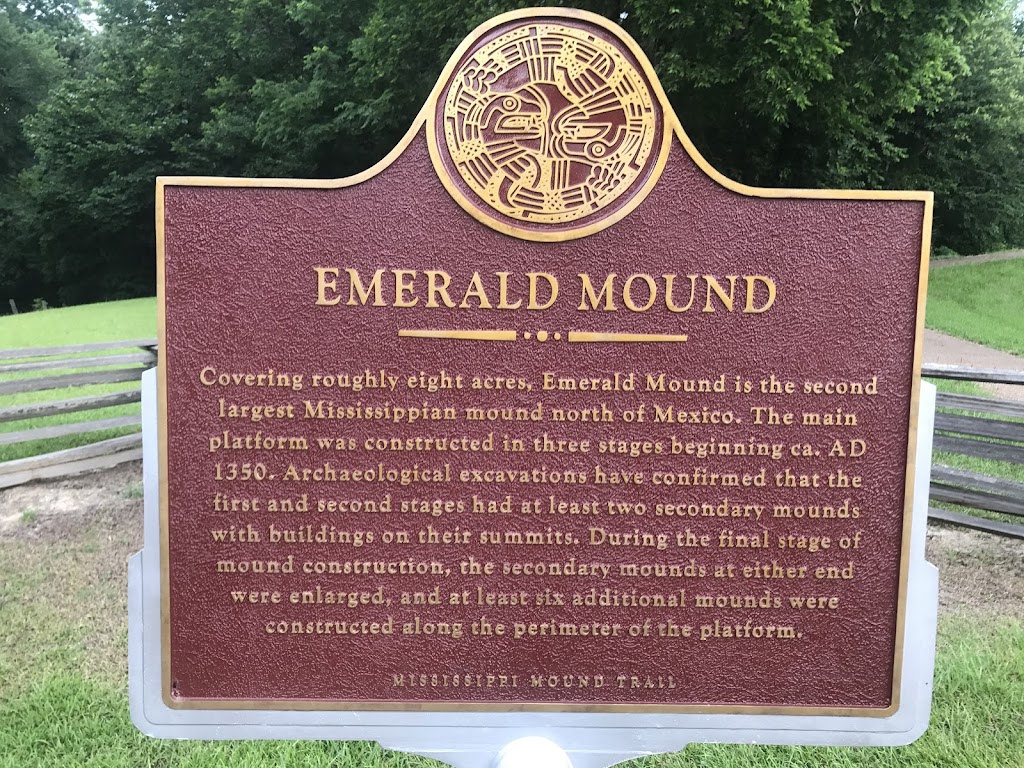 Covering roughly eight acres, Emerald Mound is the second largest Mississippian mound north of Mexico. The main platform was constructed in three stages beginning ca. AD 1350. Archaeological excavations have confirmed that the first and second stages had at least two secondary mounds with buildings on their summits. During the final stage of mound construction, the secondary mounds at either end were enlarged, and at least six additional mounds were constructed along the perimeter of the platform.