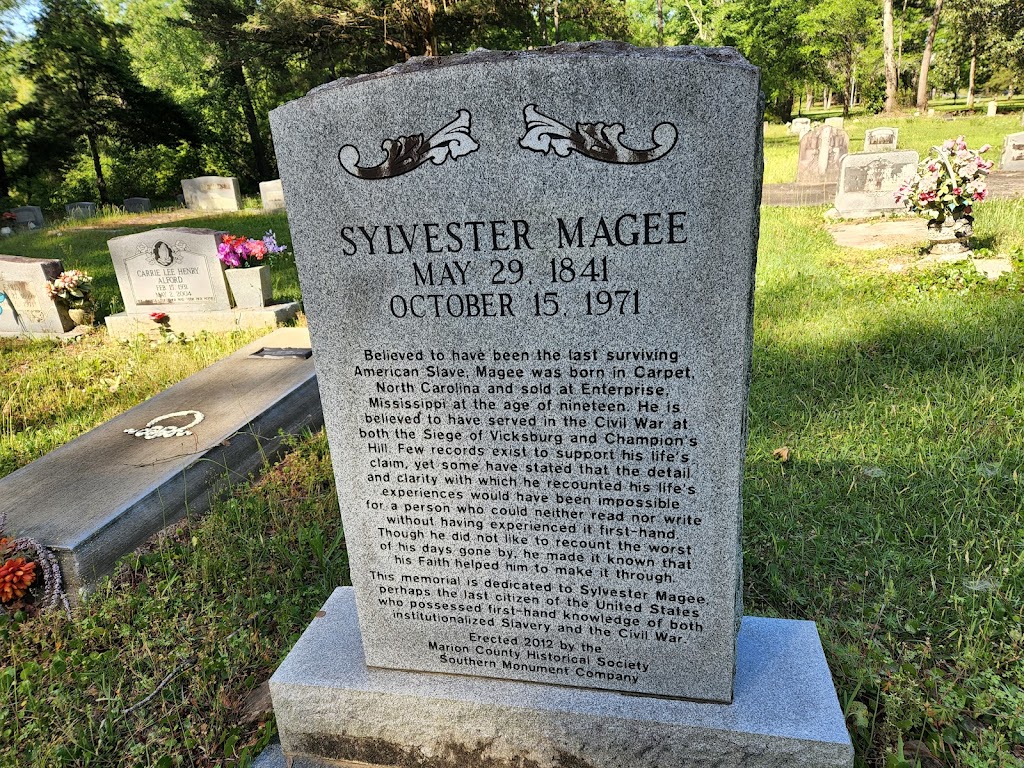 Believed to have been the last surviving American Slave, Magee was born in Carpet, North Carolina and sold at Enterprise, Mississippi at the age of nineteen. He is believed to have served in the Civil War at both the Siege of Vicksburg and Champion's Hill. Few records exist to support his life's claim, yet some have stated that the detail and clarity with which he recounted his life's experiences would have been impossible for a person who could neither read nor write without having experienced it first-hand. Though he did not like to recount the worst of his days gone by, he made it known that his Faith helped him to make it through.This memorial is dedicated to Sylvester Magee perhaps the last citizen of the United States who possessed first-hand knowledge of both institutionalized Slavery and the Civil War.