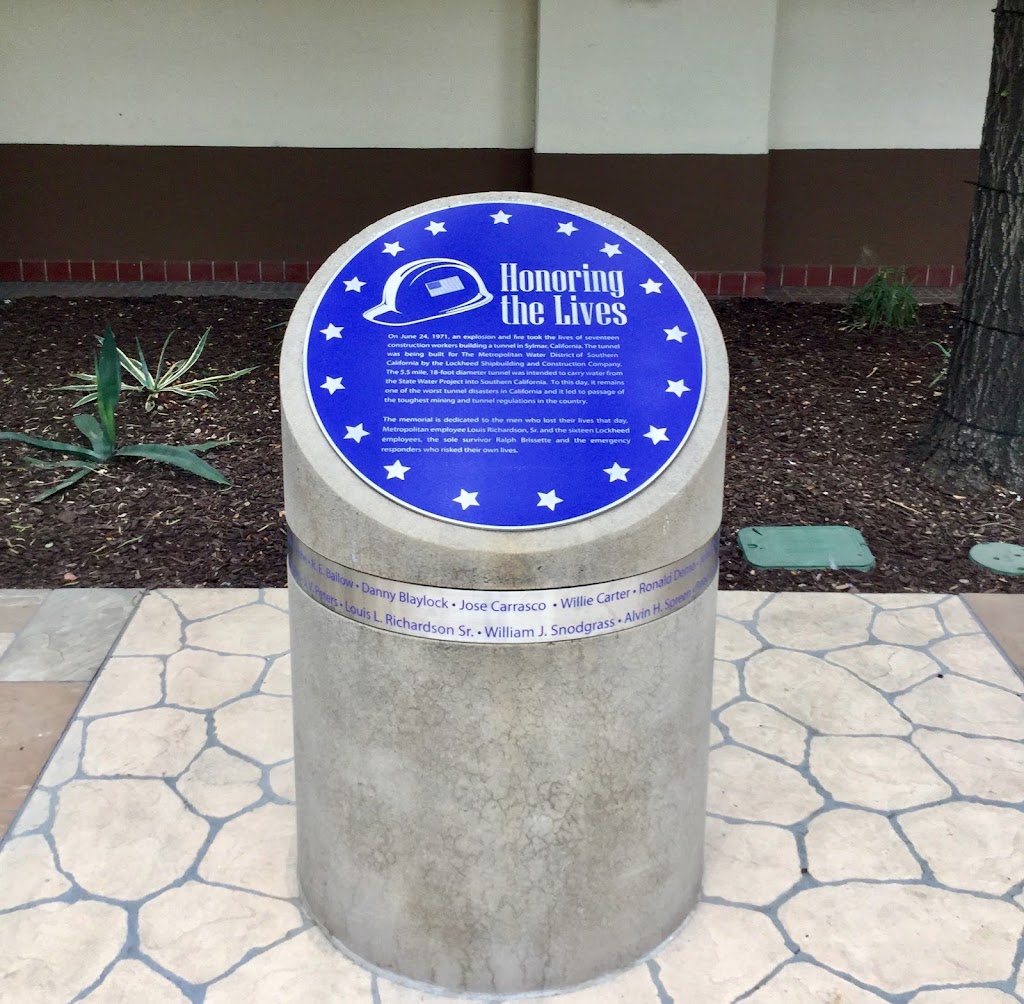 “Honoring The Lives”.
On June 24, 1971, an explosion and fire took the lives of seventeen construction workers building a tunnel in Sylmar, California. The tunnel was being built for the Metropolitan Water District of Southern California by the Lockheed Shipbuilding and Construction Company. The 5.5 mile, 18-foot diameter tunnel was intended to carry water from the State Water Project into Southern California. To this day, it remains one of the worst tunnel disasters in California and it led to passage of the toughest mining and tunnel regulations in the country. The memorial is dedicated to the men who lost their lives that day, Metropolitan employee Louis Richardson, Sr. and the sixteen Lockheed employees, the sole survivor Ralph Brissette and the emergency responders who risked their own lives.