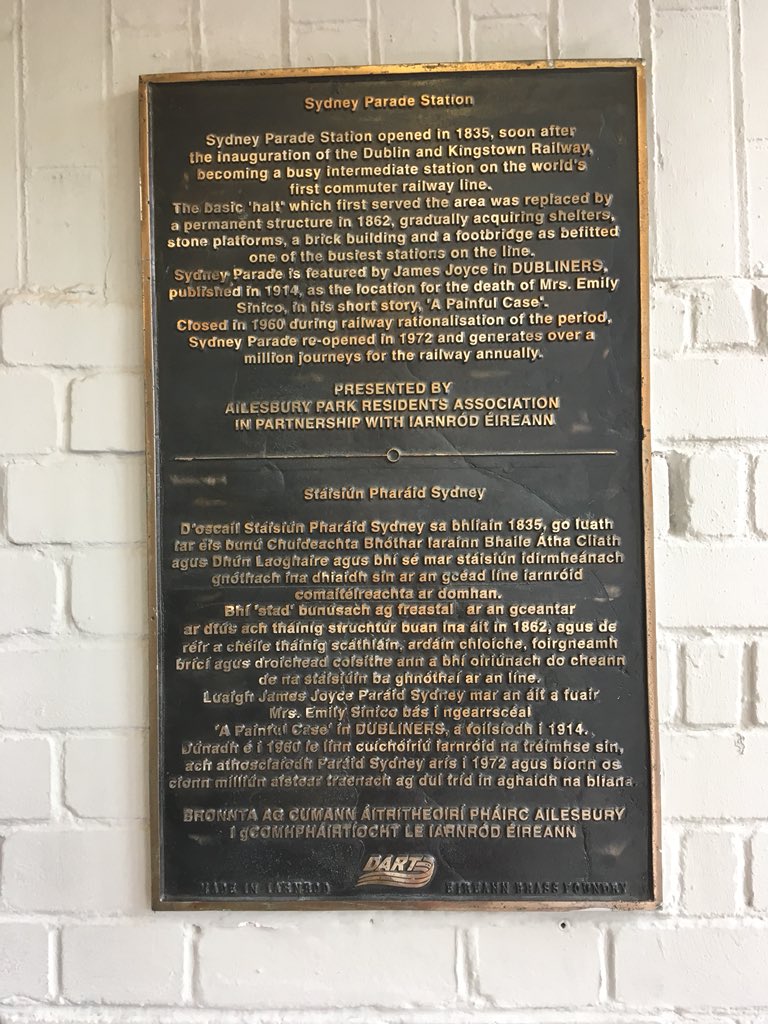 Sydney Parade Station opened in 1835, soon after
the inauguration of the Dublin and Kingstown Railway,
becoming a busy intermediate station on the world's first
commuter railway line.

The basic 'halt' which first served the area was replaced by
a permanent structure in 1862, gradually acquiring shelters,
stone platforms, a brick building and a footbridge as befitted
one of the busiest stations on the line.

Sydney Parade is featured by James Joyce in DUBLINERS,
published in 1914, as the location for the death of Mrs. Emily
Sinico, in his short story, 'A Painful Case'.

Closed in 1960 during railway rationalisation of the period,
Sydney Parade re-opened in 1972 and generates over a
million journeys for the railway annually.