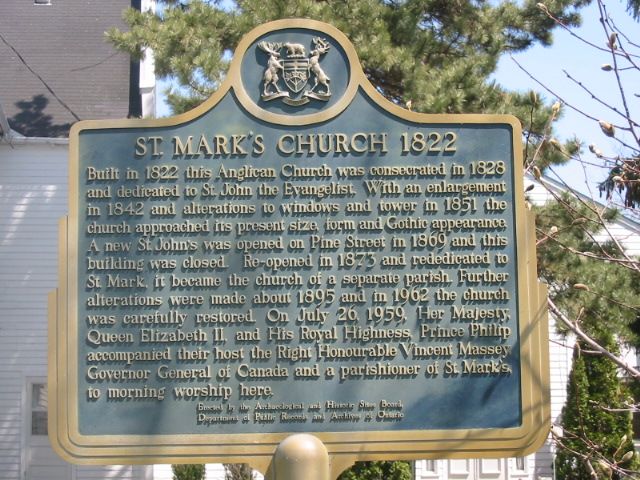 Built in 1822 this Anglican Church was consecrated in 1828 and dedicated to St. John the Evangelist. With an enlargement in 1842 and alterations to windows and tower in 1851 the church approached its present size, form and Gothic appearance. A new St. John's was opened on Pine Street in 1869 and this building was closed. Re-opened in 1873 and re-dedicated, it became the church of a separate parish. Further alterations were made about 1895 and in 1962 the church was carefully restored. On July 26, 1959, Her Majesty, Queen Elizabeth II, and His Royal Highness, Prince Phillip accompanied their host the Right Honourable Vincent Massey, Governor General of Canada and a parishioner of St. Mark's, to morning worship here.