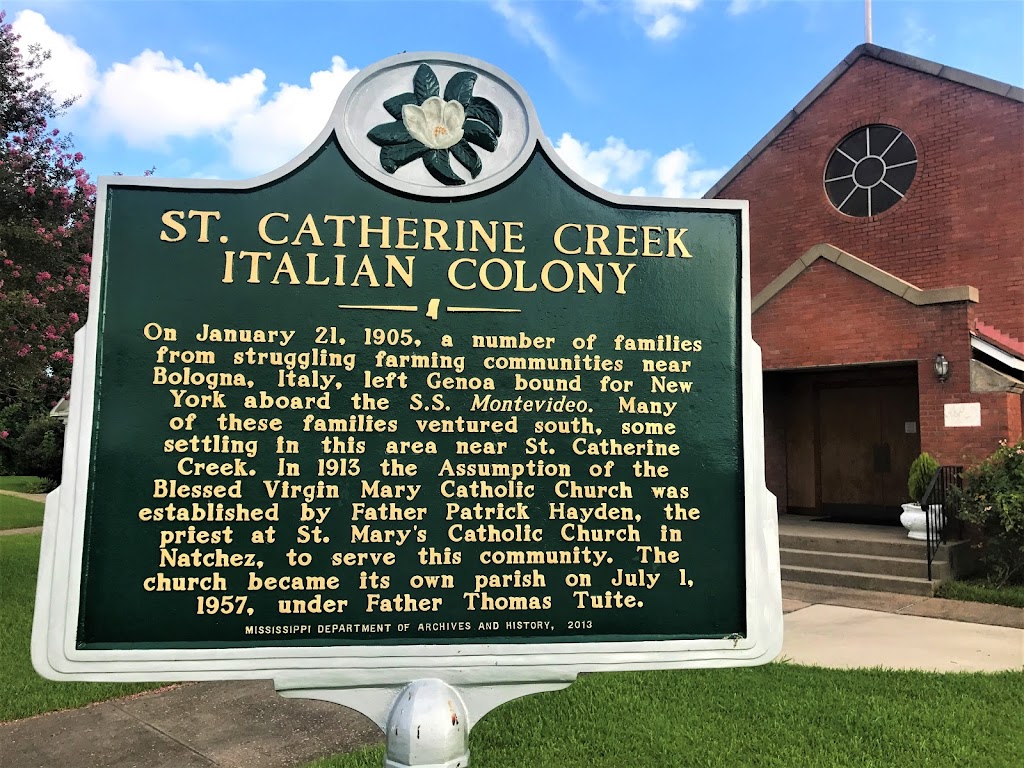 On January 21, 1905, a number of families from struggling farming communities near Bologna, Italy, left Genoa bound for New York aboard the S.S. Montevideo. Many of these families ventured south, some settling in this area near St. Catherine Creek. In 1913 the Assumption of the Blessed Virgin Mary Catholic Church was established by Father Patrick Hayden, the priest at St. Mary's Catholic Church in Natchez, to serve the community. The parish became its own parish on July 1, 1957, under Father Thomas Tuite.