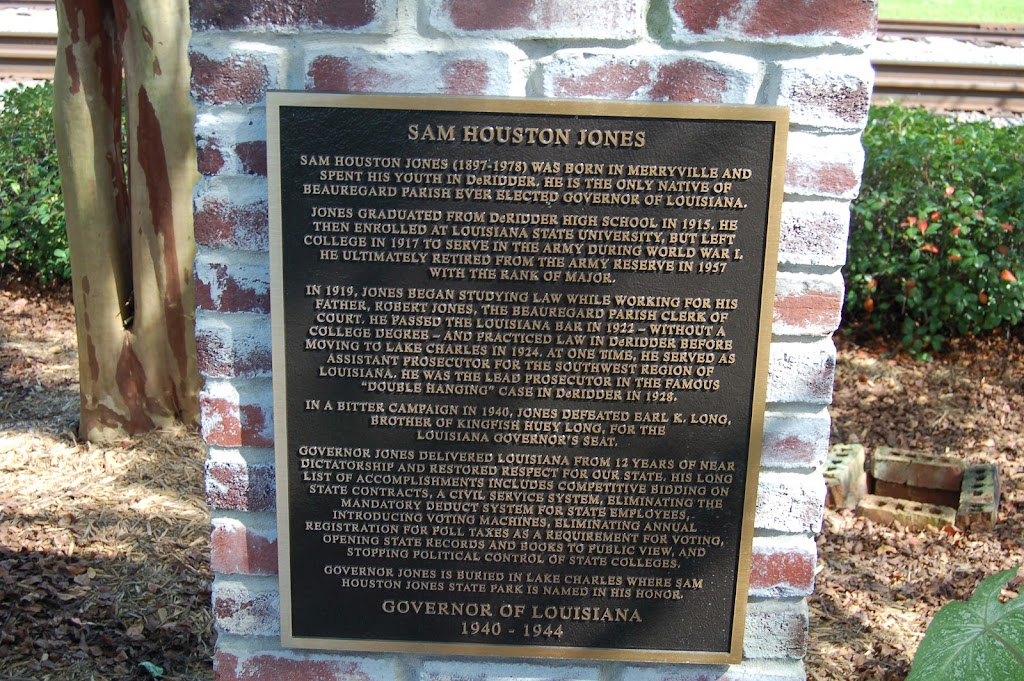 Sam Houston Jones (1897 -1978) was born in Merryville and spent his youth in DeRidder. he is the only native of Beauregard Parish ever elected Governor of Louisiana. Jones graduated from DeRidder high school in 1915. He then enrolled at Louisiana State University, but left college in 1917 to serve in the army during World War I. He ultimately retired from the Army Reserve in 1957 with the rank of Major. In 1919, Jones began studying law while working for his father, Robert Jones, the Beauregard Parish Clerk of Court, he passed the Luisiana bar in 1921 — without a college degree — and practiced law in DeRidder before moving to Lake Charles in 1924. At one time, he served as assistant prosecutor for the southwest region of Louisiana. He was the lead prosecutor in the famous "Double Hanging" case in DeRidder in 1925. In a bitter campaign in 1940, Jones defeated Earl K. Long, brother of Kingfish Huey Long, for the Louisiana Governor's seat, Governor Jones delivered Louisiana from 12 years of near dictatorship and restored respect for our State, his long list of accomplishments includes competitive bidding on state contracts, a civil service system, eliminating the mandatory deduct system for state employees, introducing voting machines, eliminating annual registration for poll taxes as a requirement for voting, opening state records and boors to public view, and stopping political control of state colleges.

Governor Jones is buried in Lake Charles where Sam Houston Jones State Park is named in his honor.