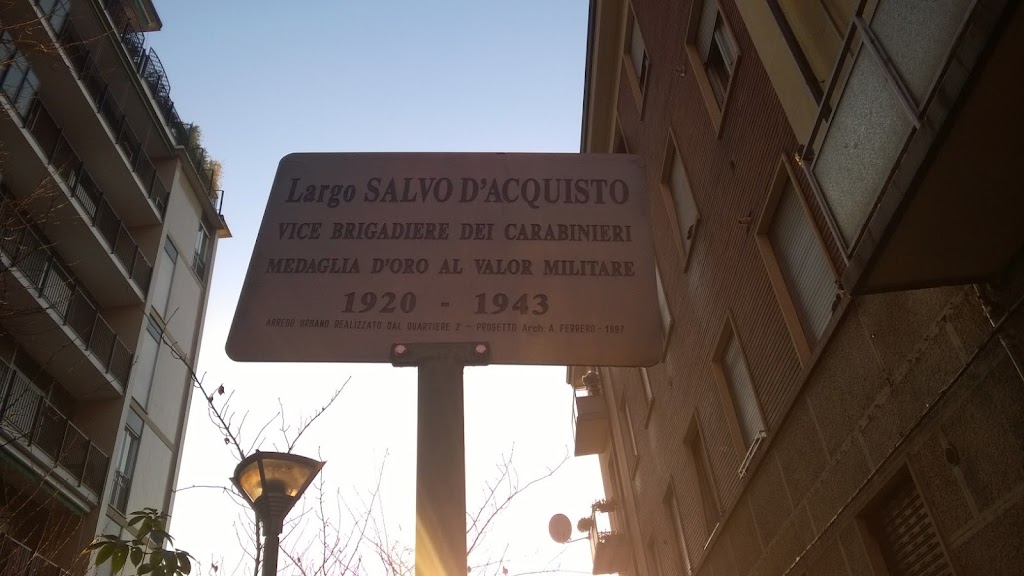 Salvo is an Italian war hero who saved over 20 people from SS-troops by giving his own life. Movies, theatrical plays and tv series have been made about his life. At first sight strange to find a plaque here in Sesto San Giovanni as Salvo never set foot in the village. Probably has to do with the own history of Sesto as it has been known to sabotage the Germans in every possible way during the war.