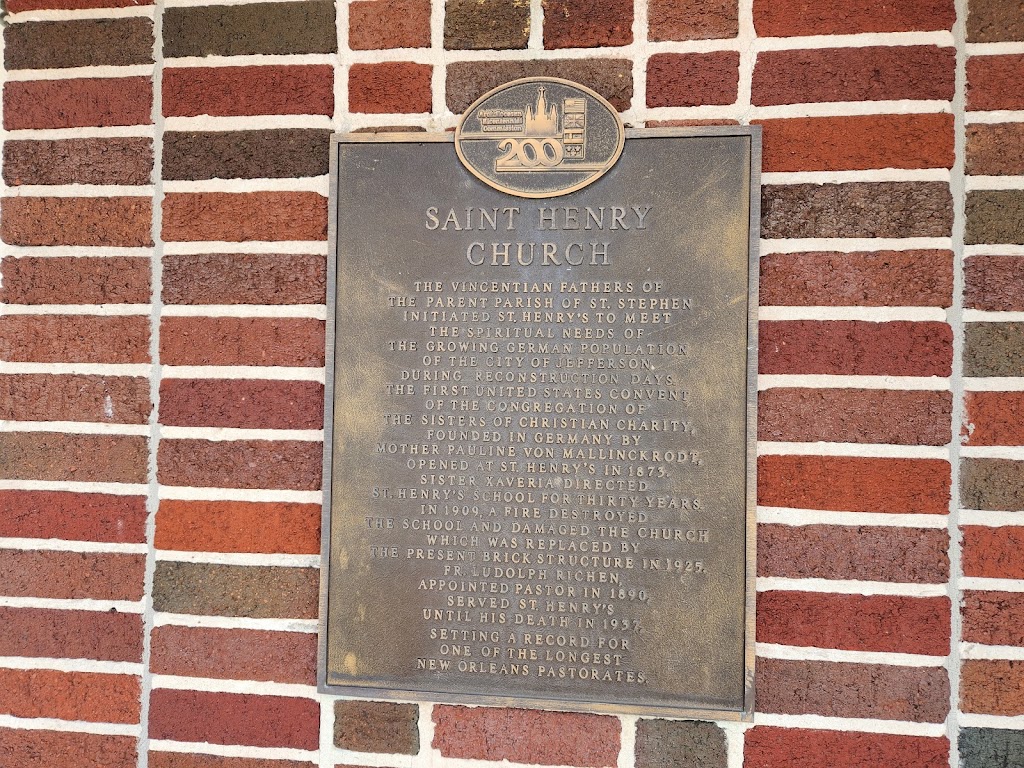 The Vincentian Fathers of the parent parish of St. Stephen initiated St. Henry's to meet the spiritual needs of the growing German population of the city of Jefferson. During reconstruction days, the first United States Convent of The Congregation of The Sisters of Christian Charity, founded in Germany by Mother Pauline Von Mallinckrodt, opened at St. Henry's in 1873. Sister Xaveria directed St. Henry's School for thirty years. In 1909, a fire destroyed the school and damaged the church which was replaced by the present brick structure in 1925. Fr. Ludolph Richen appointed pastor in 1890, served St Henry's until his death in 1937, setting a record for one of the longest New Orleans pastorates.