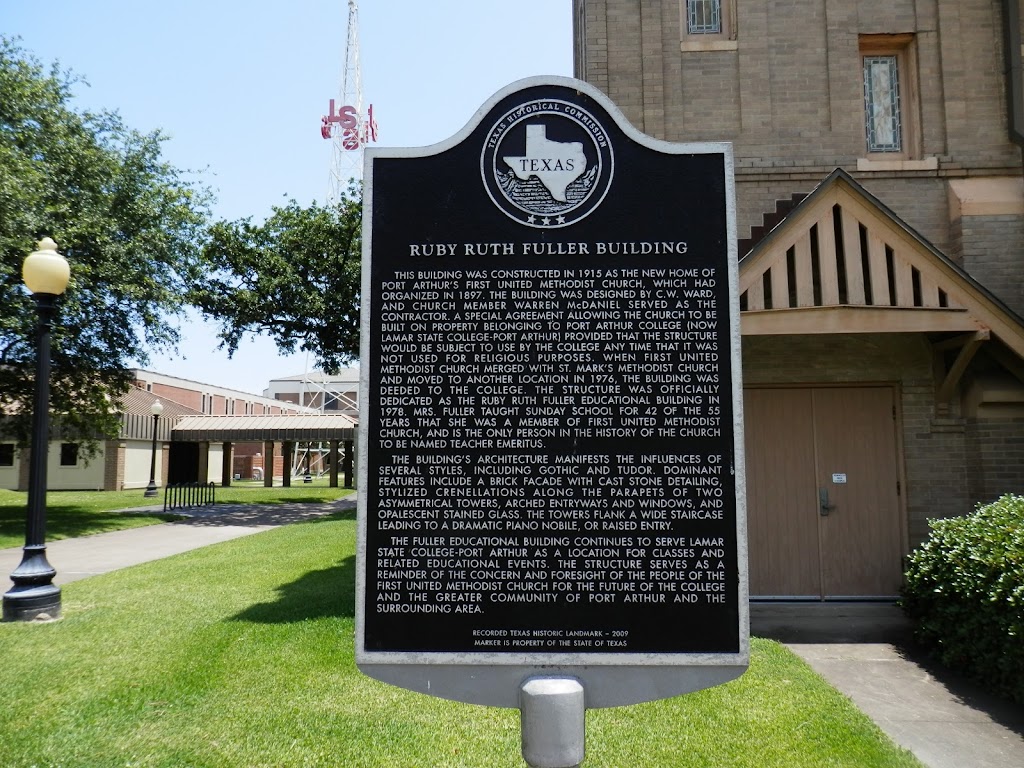 The building's architecture manifests the influences of several styles, including Gothic and Tudor. Dominant features include a brick facade with cast stone detailing, stylized crenellations along the parapets of two asymmetrical    towers, arched entryways and windows, and opalescent stained glass. The towers flank a wide staircase leading to a dramatic piano nobile, or raised entry.

The Fuller Educational Building continues to serve Lamar State College-Port Arthur as a location for classes and related educational events. The structure serves as a reminder of the concern and foresight of the people of the First United Methodist Church for the future of the college and the greater community of Port Arthur and the surrounding area.
Recorded Texas Historic Landmark - 2009
Marker is property of the State of Texas