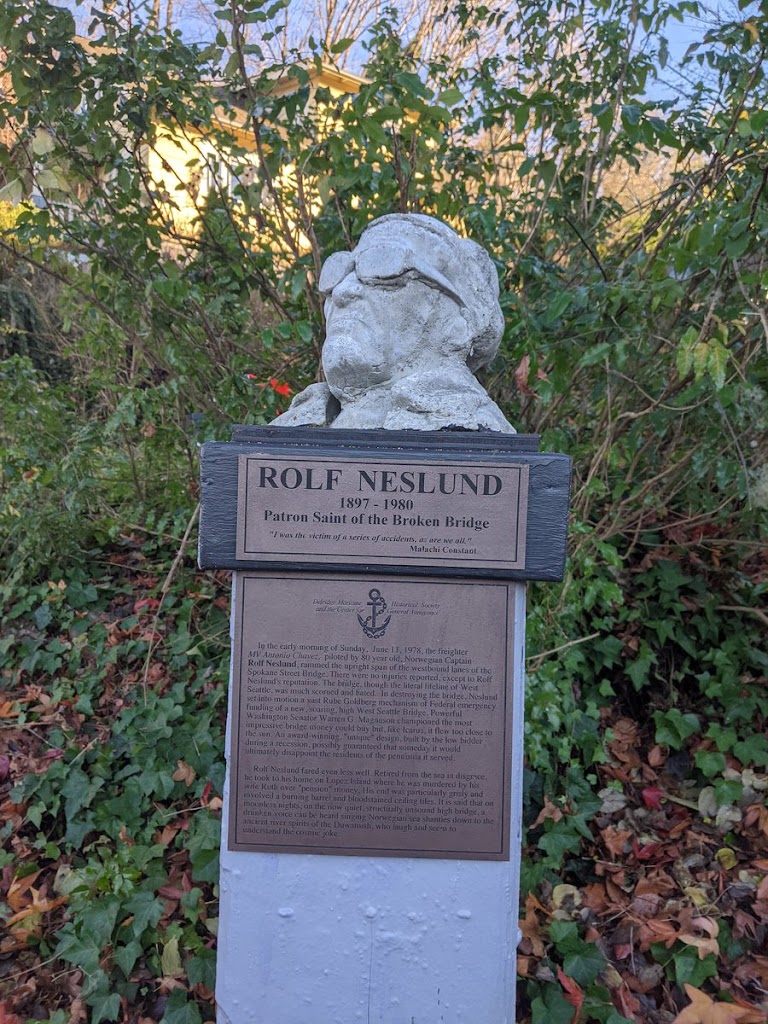 "I was the victim of a series of accidents, as are we all."

In the early morning of Sunday, June 11, 1978, the freighter
MV Antonio Chavez, piloted by 80 year old, Norwegian Captain
Rolf Neslund, rammed the upright span of the westbound lanes of the
Spokane Street Bridge. There were no injuries reported, except to Rolf
Neslund's reputation. The bridge, though the literal lifeline of West
Seattle, was much scorned and hated. In destroying the bridge, Neslund
set into motion a vast Rube Goldberg mechanism of Federal emergency
funding of a new, soaring, high West Seattle Bridge. Powerful
Washington Senator Warren G. Magnuson championed the most
impressive bridge money could buy but, like Icarus, it flew too close to
the sun. An award-winning, "unique" design, built by the low bidder
during a recession, possibly guaranteed that someday it would
ultimately disappoint the residents of the peninsula it served.
Rolf Neslund fared even less well. Retired from the sea in disgrace,
he took to his home on Lopez Island where he was murdered by his
wife Ruth over "pension" money. His end was particularly grisly and
involved a burning barrel and bloodstained ceiling tiles. It is said that on
moonless nights, on the now quiet, structurally unsound high bridge, a
drunken voice can be heard singing Norwegian sea shanties down to the
ancient river spirits of the Duwamish, who laugh and seem to
understand the cosmic joke.